My daughter really loves weird movies. We give her a lot of freedom in what she can watch. As long as it isn’t really sexually explicit, like on a pornographic level, we let her watch it, which is how my parents were when I was her age and it worked out. This is how her favorite movie became Forbidden Zone, the weirdest movie you could make with cardboard sets and Oingo Boingo.

Since then, I’ve been on a quest to show her weird movies, with a range of successes. She has ADHD, so a lot of times we have to split a movie she watches in two. Also, she doesn’t enjoy riffing, so she doesn’t really like watching riffed versions of movies.

Anyway, here is what we have watched so far:

Movies I think she’ll like that I have available:

My first thought was Fantastic Planet, but I see you have that one covered.

How about The Adventures of Buckaroo Banzai, Across the 8th Dimension?

Or Into the Spider-Verse?

ETA: Any Marx Brothers or Abbot & Costello movie might scratch that itch.

Pee-Wee’s Big Adventure, the Monty Python movies (Meaning of Life might be a bit much), Murder by Death, and possibly Up in Smoke if you don’t mind the whole drugs angle. Hell Comes to Frogtown was pretty weird, but may not be age appropriate. I haven’t seen it in years and can’t remember. Maybe Sundown: The Vampire in Retreat or My Name is Bruce?

Seconding the Marx Brothers or Abbot and Costello.

From my own subpar collection and based on your guidelines…

How about The Adventures of Buckaroo Banzai, Across the 8th Dimension?

I’ve thought about it, but it’s a little talky and hard to follow. I might be able to talk her through it though.

Or Into the Spider-Verse?

Saw it in the theater, we’re both looking forward to the sequel.

Sundown: The Vampire in Retreat

Someone other than me has seen that movie! That’s not a bad idea, I forgot about it.

She’s seen the Marx Brothers. I didn’t even think that was worth bringing up, come on, guys, who do you think I am here?

The Triplets of Belleville (too weird for me, but I somehow still have the DVD)

If we’re going that route, then we gotta go with The Illusionist by the same animation studio (not to be confused with the live-action The Illusionist with Edward Norton and Paul Giamatti).

Too weird for her, too. She noped out at the guy’s giant thighs.

I didn’t really care for Napoleon Dynamite. Amelie is a possibility, although she didn’t get into City of Lost Children when I showed it to her… but it might have been long enough ago that she’s old enough to appreciate Jeunet now. I barely remember Big Fish.

As for Rocky Horror, should I just show it to her without the audience participation? It’s not really the same as riffing. It’s weird, but it’s not all that great. What elevates it is the participation. Maybe I can take her to a midnight showing sometime if they ever have one in this small town.

The Illusionist by the same animation studio

Ooh! I’ll have to check that out! Unlike my daughter, I loved The Triplets of Belleville.

Basically anything by Miyazaki

Oh, re Python- she saw half of Holy Grail, but she was not in a very good mood, so we will have to try again. I don’t think she’s old enough for Life of Brian yet. Not because of any explicit content, I just don’t think she’ll get a lot of it at her age.

I would suggest this little gem: 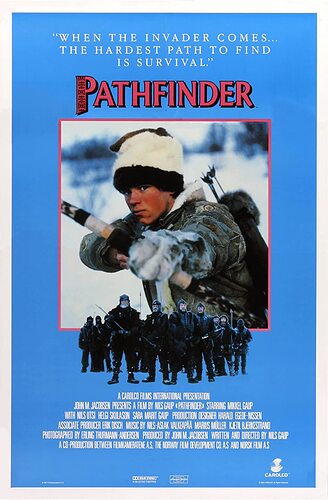 Pathfinder: Directed by Nils Gaup. With Mikkel Gaup, Ingvald Guttorm, Nils Utsi, Henrik H. Buljo. A young Sámi man witnesses a band of vicious raiders slay his family and flees to a nearby village, where he learns he must become a Pathfinder.

If this isn’t too adult, it has a lot of cool guest stars, and John Doe from X ! 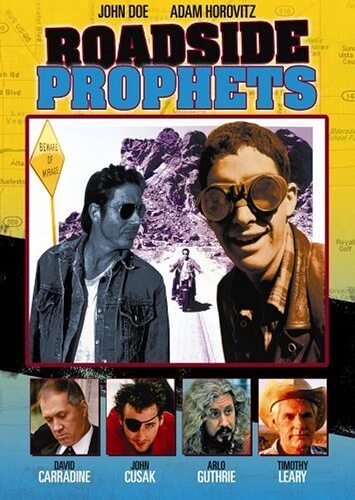 Roadside Prophets: Directed by Abbe Wool. With John Doe, David Anthony Marshall, Judyth Thurman, Biff Yeager. Two strangers meet on the road and travel through Nevada on motorcycle to find an elusive spot where they can dump another man's ashes. 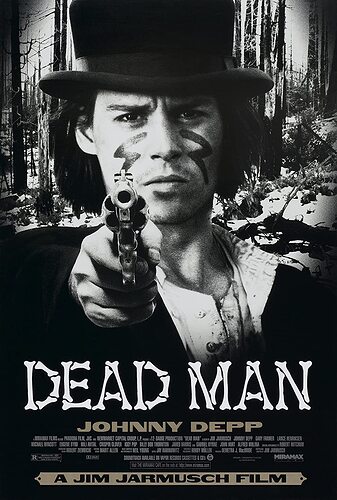 Dead Man: Directed by Jim Jarmusch. With Johnny Depp, Gary Farmer, Crispin Glover, Lance Henriksen. On the run after murdering a man, accountant William Blake encounters a strange aboriginal American man named Nobody who prepares him for his journey... 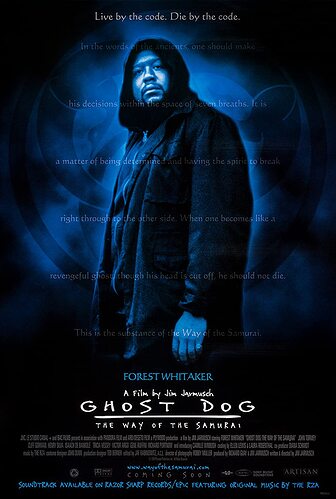 Ghost Dog: The Way of the Samurai: Directed by Jim Jarmusch. With Forest Whitaker, John Tormey, Cliff Gorman, Dennis Liu. An African-American Mafia hit man who models himself after the samurai of old finds himself targeted for death by the mob. 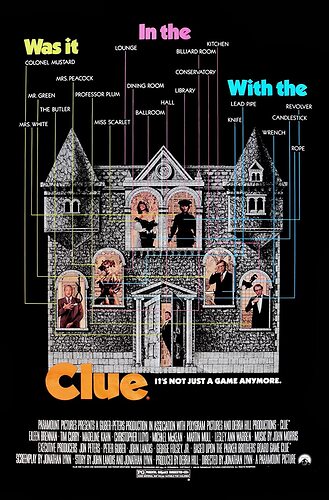 Clue: Directed by Jonathan Lynn. With Eileen Brennan, Tim Curry, Madeline Kahn, Christopher Lloyd. Six guests are anonymously invited to a strange mansion for dinner, but after their host is killed, they must cooperate with the staff to identify the...

This one was awesome, too: 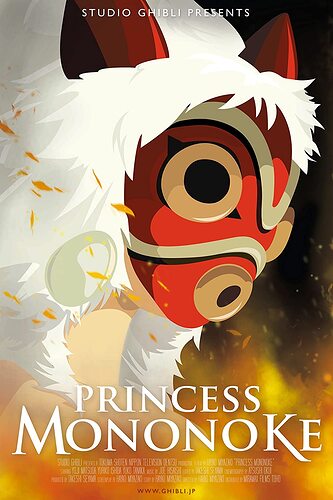 Princess Mononoke: Directed by Hayao Miyazaki. With Billy Crudup, Billy Bob Thornton, Minnie Driver, John DiMaggio. On a journey to find the cure for a Tatarigami's curse, Ashitaka finds himself in the middle of a war between the forest gods and...

Basically anything by Miyazaki

If it’s animated, she’s probably seen it. She’s way into animation. She loves Fleischer cartoons and the silent Felix the Cat.

I love Jarmusch films, but he is way too talky for her. I do keep meaning to get to Clue.

Ooh! I’ll have to check that out! Unlike my daughter, I loved The Triplets of Belleville.

The Triplets of Belleville was great. The Illusionist was exemplary.

It’s based off of an unproduced script by one of my all-time favorite filmmakers, Jacques Tati (you might want to look into his films for your purposes as well - they’re in another language, yeah, but there isn’t very much dialogue, since they’re more about sight gags and slapstick than anything else).

Toy Story 3 won the Best Animated Feature Oscar that year, but honestly? The Illusionist should have RUN with it. And I say that saying that Toy Story 3 was a hell of an accomplishment.

She saw that when she was younger. I’m not sure how much of it she remembers.

She saw Alice last year and still talks about it. I haven’t shown her any Herzfeldt yet.

It’s based off of an unproduced script by one of my all-time favorite filmmakers, Jacques Tati