What actor or actress in a riffed movie had the best career after that role?

B movies tend to feature actors and actresses either on their way to stardom or on their way out. Ya know, like TV’s Murder, She Wrote did.

In your opinion, which actor or actress with a role in an MST3k-riffed movie hit the highest heights post-role?

I think Hollywood legend Clint Eastwood may be highest in this list. Surprisingly, Shawn Levy ( Jim from Zombie Nightmare) should make the list as he went on to become primary producer of Stranger Things and several A-list films.

To make things interesting, let exclude those actors and actresses that were already famous by the time they were in that MST3K-riffed role.

Kathy Ireland was already a supermodel, but she’s definitely done better since then. She can buy and sell us now.

More Rifftrax, but the actor who played Tor in Terror at Tenkiller went on to be in some fairly prolific movies.

Great question! Eastwood and Levy are both excellent. Others that come to mind for me are Demi Moore, Michael Landon, Jack Elam, David Hasslehoff (it wouldn’t last), and Beau Bridges.

Robert Vaughn is another one.

It’s a shame it was all downhill for the kid who played Genius.

True, very sad. But wasn’t he already a star at that time because of The Andy Griffith Show?

Yeah, I think Opie was a big enough deal that we can’t count him.

But you’ll never guess who the giant goose went on to be. The answer may surprise you.

Peter Graves! A TV legend big enough to not get typecast!

Crow and I would like to nominate Kim Cattrall

From Nastenka’s mean sister (a role that almost saw her quit the movies, after breaking down in tears after seeing it) to one of the most respected actors of stage and screen.

My favorite performances from her include…

If only Gene Hackman was good in everything…

What about that guy from the Paper Chase?

This is the policewoman from Final Justice now: 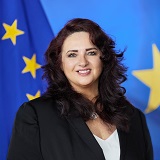 What about that guy from the Paper Chase?

… nah, I’ve got nothin’, but I’m sure Megaweapon had some awesome stuff going for him!

The people responsible for The Christmas Dragon got themselves an internationally-aired CW show with The Outpost, two of the actors from the former getting series regular roles.

I’d be tempted to say James Best, but I think Killer Shrews might have been after his career-making roles on The Twilight Zone.

And I can’t really sanction the buffoonery of The Beverly Dukes of Hillbilly Hazzard, although his role there is no doubt his most famous.