Did the picture not show up?

No, it’s there. An odd coincidence! I like it!

Me? actually drug myself out of bed, put on a coat and tie, ostensibly to go to mass, but mostly for my “afterparty” of hanging out at a dive bar to watch the Bills/Goldfish game.

I’m at a comic expo, and since the costume contest is going on, I cosplay as TV’s Frank with his blood replaced with antifreeze. While wandering around, I run into another cosplayer 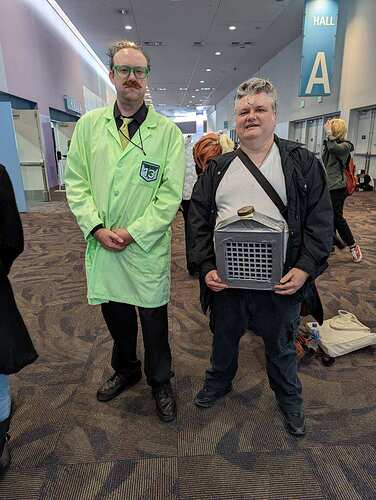 I’d definitely hire you guys for a pet project of mine called Mysterious Sci-fi Cinema 2000. 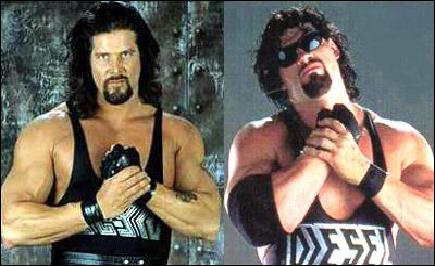 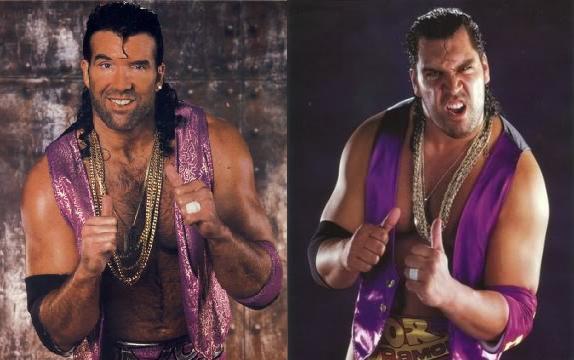 a pet project of mine called Mysterious Sci-fi Cinema 2000

Oh, yesterday this woman whom I’m no longer interested in made a funny. I was talking sh…ttttttuffff about this bartender and she deadpans, “He’s my brother!”

Pretty good. Only one verbal response is possible, but it can’t be repeated here! I thought it was pretty funny, anyway. No, I shan’t be pursuing her “romantically,” but at least she amuses me sometimes, like a ghoul or a clown.

And finally my car insurer did something right and submitted an SR-22 correctly, which they were supposed to have done weeks ago. Jerks. As of today my driver’s license has gone from “suspended” to “Valid, with hardship permit.” I have to wait for snail mail to send the corroboratory letter to arrive, but I think, but I’m going to call the Driver Sanction Unit of my state’s motor vehicle division to make sure. I’ve about had it waiting an hour after work while Senior Speedy gathers recyclables or whatever, and I’d like to work extra shifts and not nearly soil myself in terror every other day with his tailgating, haphazard ways.

I bought plants today. I got a bunch of succulents, a philodendron and a pony tail stump (which I’ve been told is also a succulent). I am happy to have these pretty green plants and I hope I can keep them alive. We’ll see. But I’ve been wanting to get more plants since I moved here. While I want to do herbs for my balcony next year, these are plants I just want to have inside.

Philodendron is one of those hard-to-kill plants. As long as it gets some light, and you water it occasionally, it will be fine. When my mother and I had a shop, we had a huge one. Every few years it would bloom. I kid you not. Never know it did that until it popped this long, cigar-shaped thing and it opened!

I read this as…

Cool! I would love to have it bloom.

A guy borrowed a pair of pants from me once.

He only gave me one pant back.

What’s the difference between a clown and a dog?

A clown wears a clown outfit. A dog just pants.

I bought plants today. I got a bunch of succulents, a philodendron and a pony tail stump (which I’ve been told is also a succulent).

Philodendron is one of those hard-to-kill plants.

I applaud you both! As I get older, I appreciate the aesthetic of plants more and more. I particularly like succulents, once somehow managed to keep a huge jade plant alive. But I’ve started buying fake plants the past few years; I’ve never been especially skilled at tending real ones, and as part of my grumpy old man certification, I’m loathe to be responsible for more living things.

DOLPHINS! One of the smartest…

I got my parts for my ballet studio’s production of The Nutcracker. I’m one of Clara’s friends, Waltz of the Flowers, and the Marzipan Shepardess!!!

If you don’t have a green thumb but like philodendrons I have a plant recommendation for you. I have a monstera plant – it’s in the same family as philodendron and sometimes mistaken for one – and it is absolutely unkillable. The dog whacks it with his tail, it’s in a corner not near any windows, and most importantly I water it on a schedule of “when I think of it” which happens maybe three times a year. It has never gotten any fertilizer or even a fresh layer of dirt. Yet its only two states seem to be thriving (when it gets its thrice-yearly watering) and some sort of statis. It’s far more resilient than my succulents.

I’ve had this plant for 17 years. My hat is off to anyone who can kill a monstera.

Someone posted a Gizmoplex SteamVR environment earlier this year, and I finally stumbled across it. It has a moonscape with Gizmoplex exterior, an interior theater lobby with a display of props and lore, a theater room, and an SOL floating above the whole shebang with a presentation table. Pressing the Movie Sign button plays a sound and transports you to the theater.

I think I spent a full hour exploring, although the bulk of it was probably trying to Spider-Man myself to the SOL before realizing I could switch from webslinger mode to rocket-hands mode and just fly there.

I’m smiling because I’ve finally learned my worth. Since the job offer, it seems like people are wanting to interview me left and right. I initially scheduled a couple of interviews, but ultimately cancelled them. Interview #1 was cancelled because the recruiter sent me the invite for the interview twice with the wrong first name, and that just struck me as tacky. Interview #2 was cancelled because, when I asked what the salary range was, I was given a figure that’s $20k+ less than Job Offer offered. In the past, I would have just taken it or looked past getting my name wrong because I was that desperate for a job. But the pandemic–and especially the past year–has made me realize my worth–and most importantly, my self-worth. I was so used to being underpaid and having crappy benefits for so long that I didn’t think I was worthy of better. But let me tell you, you are worth it. All of you.

I’m going to be on the radio tomorrow. This may be great and it may be horrible. I’ve never done something like this before. It’s another new experience.