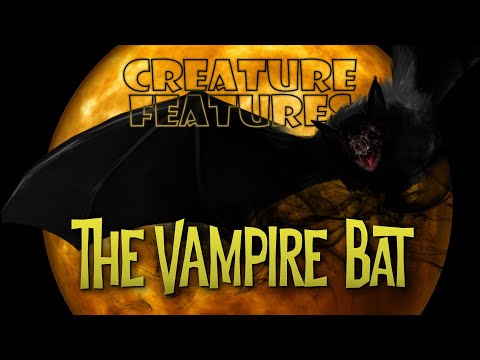 This Saturday on Creature Features:

Those of you who have been pining for us to show an “old school” horror movie won’t be disappointed this weekend. Because we shall present “The Vampire Bat” from 1933. Starring Lionel Atwill and Fa…

Vincent shared some trivia, the year this movie was released (1933) was the year the first drive-in theater was open.

The Beast of Yucca Flats 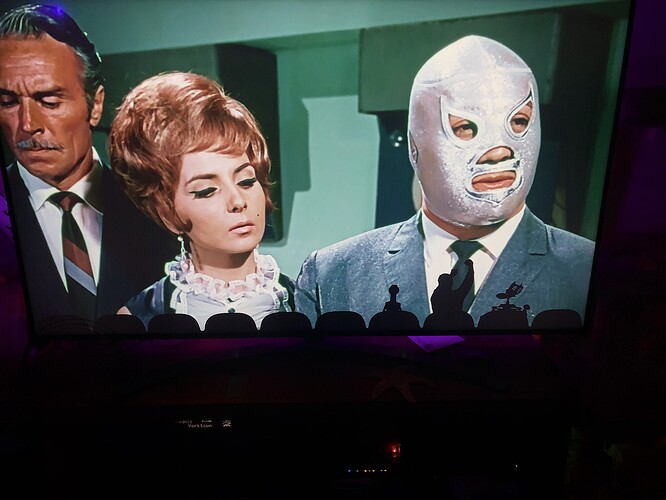 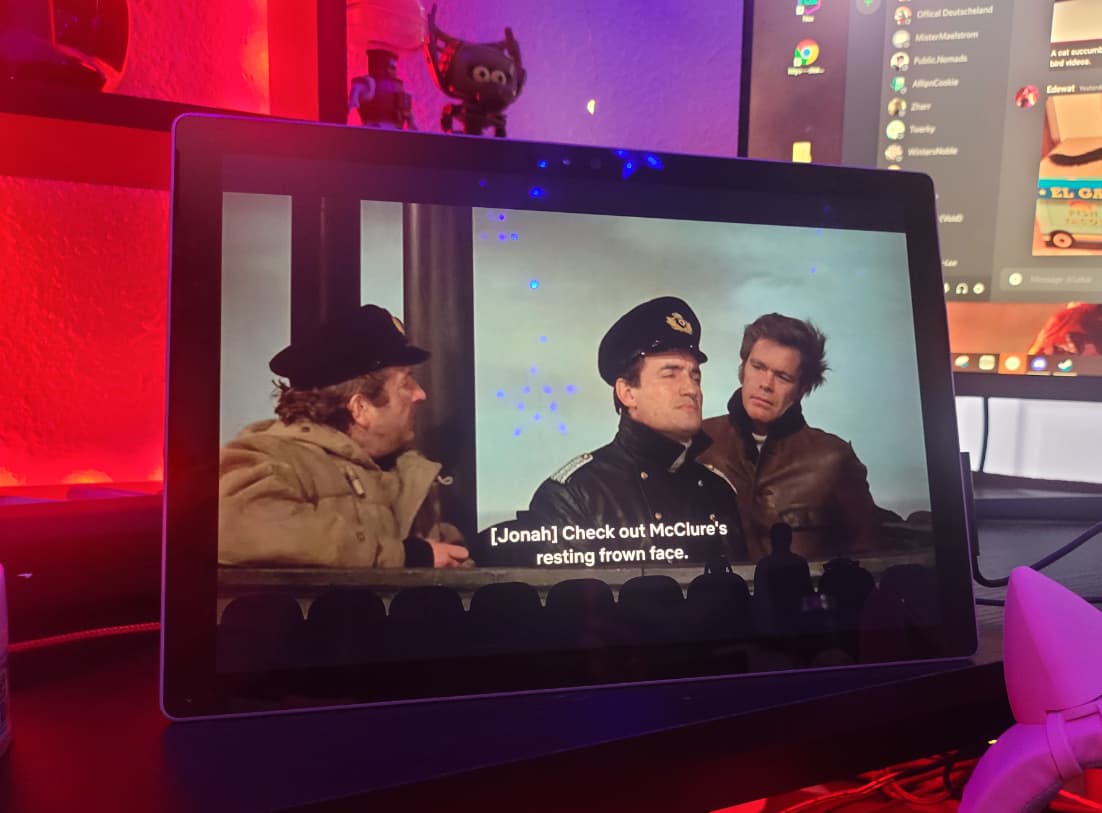 you won’t stop watching for long.

I just can’t quit 'em. They’ll get another chance for my attention next week. 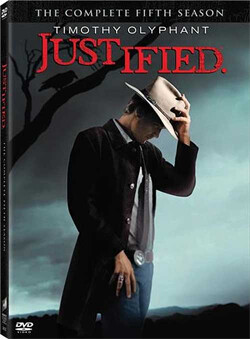 I just watched the Creature Features Fridays presentation of The Monster Club, and oh, brother, this movie has so much camp they ought to make you complete a canoeing safety course before you watch it.

It’s an anthology film with a bridging element in which actual British horror author R. Chetwynd-Hayes (played by the oft-riffed John Carradine) encounters a vampire (played by none other than Vincent Price) and unwittingly allows Vincent to feed on him. But this vampire turns out to be a fan of his work, and after feeding offers to take Chetwynd-Hayes to a club where monsters hang out, where he can get inspiration for his stories. From there it’s a series of short stories about monsters interspersed with musical acts in the “club” (which looks like the after party for a Spirit Halloween shutting down for the season).

One of the vignettes features Donald Pleasence, but my favorite is the first of the three vignettes, in which a woman decides to take a job categorizing items for the owner of a wealthy manor while scheming with her boyfriend to steal a few items. But then she discovers the manor’s owner is a creature called a Shadmock, who is so hideous that she immediately flees the house the first time she gets a good look at him, and whom she later recoils in terror from after initially accepting his marriage proposal so that she can more easily rob him. This is the monster, by the way: 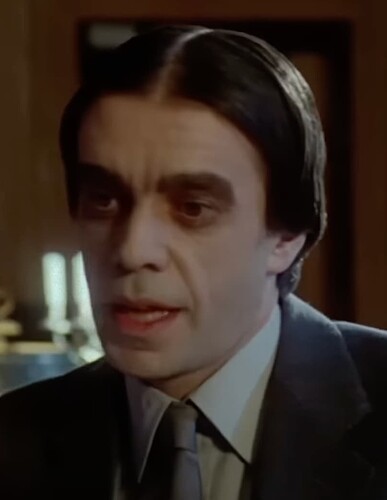 And no, he doesn’t transform or anything. It’s just this guy.

I enjoyed this one. I would not have enjoyed it in 1981 when it came out, however. 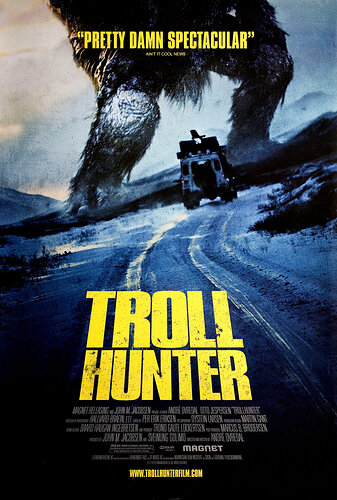 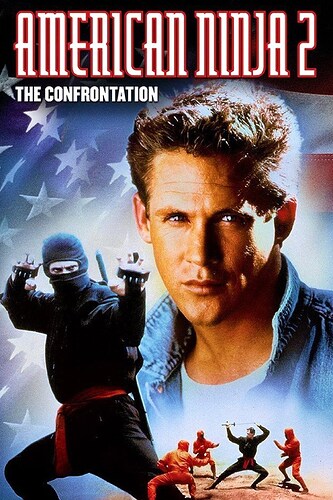 It is! I hadn’t seen it in at least 5 or 6 years and was happy to find it streaming on Amazon. It’s the only one of the “found footage” movies I’ve ever cared to watch more than once.

I saw The Greatest Beer Run Ever as a mystery movie at Regal. Someday I’ll be able to laugh at it, but for now I have to remind myself that I have no right to get mad because I’m the one who bought a ticket to a movie without knowing what it was.

My cup runneth over! Right now I’m watching Archer, Bob’s Burgers, Rings of Power, Rick and Morty, She-Hulk, and I’ve got to start Andor. Not to mention MST3K. And despite the way TV works these days, none of them are bingeable, so I can’t just get one of them out of the way. I’m just getting hammered with TV every week. It’s a good problem to have.

Watched the first three episodes of Andor. The first two were a bit boring, but episode three brought the action. It is a bit of a slow burn, but I am enjoying it and look forward to seeing what else this story will bring.

Caught up on Last Week Tonight last night. Honestly still stands pretty well weeks after the fact. More should be up than actually is

Ten Zan, aka The Ultimate Mission (1988)
An Italian/North Korean action movie, one of whose posters (as seen on IMDB) is a straight rip-off from the Ted Prior flick Deadly Prey.
MST3K repeat offender Mark Gregory is in it, as is Sabrina Siani from Ator, the Fighting Eagle.

According to Ferdinando Baldi, Frank Zagarino spent two days in a North Korean jail during filming because Zagarino was suspected of being an American spy because he liked taking photos.

is a straight rip-off from the Ted Prior flick Deadly Prey.

Where do you have to be creatively to say “You know what? I’m gonna rip off a Ted Prior flick!”?

If you think that’s weird, check out the story of the 1985 kaiju movie Pulgasari. The director was kidnapped by the North Koreans in 1978 and forced to make movies, because film buff Kim Jong-Il was disappointed with the standard of home-grown films. Pulgasari was the last film the director made before escaping in 1986. 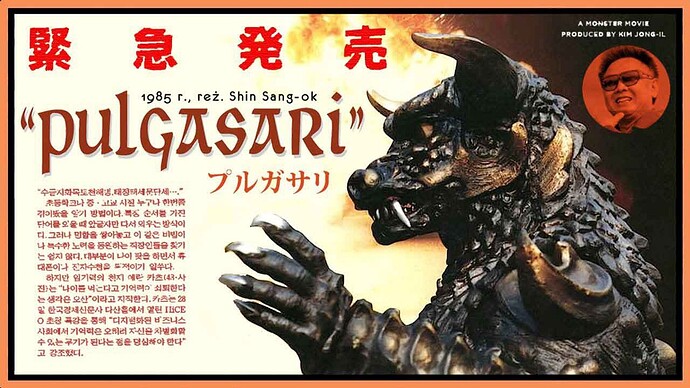