What episode did your name appear in the credits?

Beyond Atlantis was mine. As the father of two daughters, having the first female host and Crow was a prouder moment than I thought.

And I couldn’t be happier!

Count me in as a Batwoman name-in-credits-guy! Was literally cheering once I saw it scroll past.

Couldn’t have picked a better episode for it, either! The episode already made my night but that was the icing on the cake.

My whole family was there.

My son and I showed up in Doctor Mordrid.

Still not as cool as the two of us showing up twice in the credits of the Rifftrax MST3K reunion show. In the lobby before the show and then later they started with a zoom in on my son’s MST3K logo shirt and slowly zoomed out to show us sitting in our seats. I had a Cinematic Titanic shirt on. Really spreading the family love there for MST!

I couldn’t help but notice @BruceLeePullen’s name in Batwoman

Thanks for noticing!!! I’m so proud to have my name there. The program is why I’m around today. Without seeing it as kid, I probably wouldn’t be here. My Dad buying me that Rino VHS of Cave Dwellers (1984) when I was 13 had a profound effect on me. The joy of our beloved show shaped how I looked at the world and its humor became mine. Then and now. It’s a debt I’ll always feel and in 2015 I couldn’t have been prouder to back the first Kickstarter and have my name in Cry Wilderness (1987). Last year the call came again and I jumped again. This time I’m in every episode and my best friend’s brother who became a MSTie because of me is in three including Gamera vs. Jiger (1970) and two yet to be seen shows. Today I’d leap again since this program has given so much and continues to.

Since you noticed. Here are a few of the screenshots graciously given to me by @LadyStarblade. Thank you so much for taking those for me! 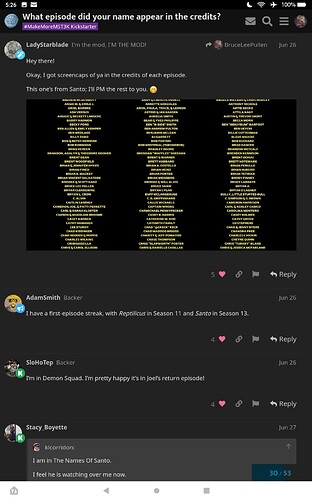 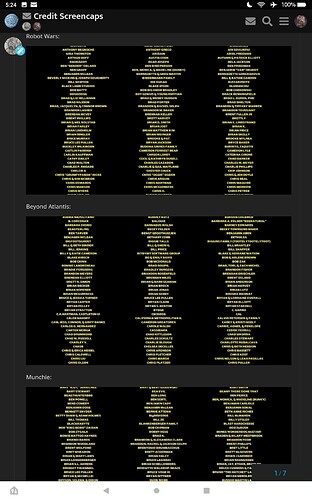 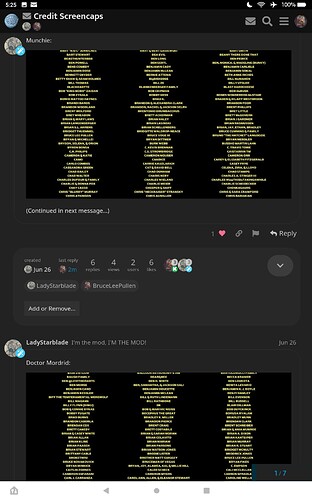 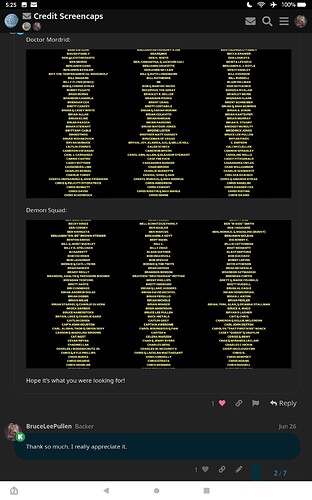 Zing me if you ever need any more!

I probably will once this all said and done. I hate to keep bothering you but it matters to me so I’ll ask again once the season wraps up. I’m deeply humbled by you providing me those images. Huzzah!

I was in the scroll for Batwoman, and earlier in the credits for Robot Wars and Doctor Mordrid so far.

To be honest I’ve checked every video so far and still have not seen my Children’s name yet. Im getting a bit anxious

Hold up! We’re not done just yet. @BruceLeePullen’s also in The Million Eyes of Sumuru!

The Million Eyes of Sumuru!

Yes I am. And so proud of it too! MST3K gave me reason to live at 13. Helping it live is karma and a pleasure. Cheers to @LadyStarblade on the screencap! 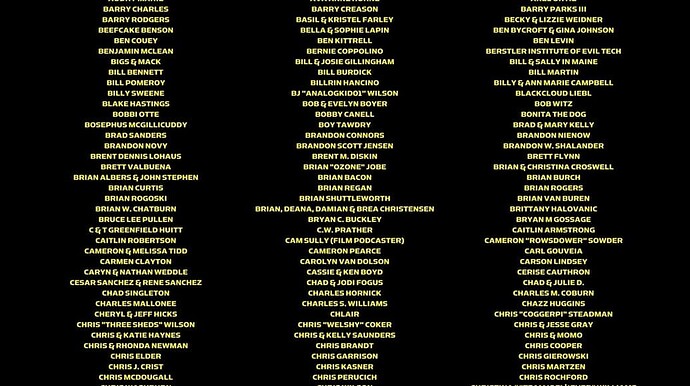 Hold up! We’re not done just yet. @BruceLeePullen’s also in The Million Eyes of Sumuru!

AND got his question read in the aftershow!

The Million Credits of @BruceLeePullen!