What episode (or episodes) have you watched recently?

The Batwoman. Once again!

Gosh, this episode FIRE! So good.

317 - Viking Women and the Sea Serpent

The complete series rewatch is back on track!

This was a fun one, although the second half is MUCH stronger than the first. Corman’s fingerprints are all over this one, and it shows.

The Home Economics short isn’t too shabby, either.

The real star of it all? WAFFLE MADNESS

This is an entertaining ride, although the movie is a mite too incomprehensible for its own good. Heh, hardly a surprise that they reference Mighty Jack in this episode within that context of incoherence.

Still, it’s a nifty reprise of those recurring jokes and gags that made the first episode a blast, plus one of those rare moments of in-theater chaos where Servo’s head asplodes!

Once again, inspired by a recent episode discussion thread: Tonight I put on The Amazing Colossal Man!

This is so good! Really good (and really dark!) riffing here!

True to my word, tonight I did indeed put on Experiment 319!

Mr. B Natural: One of the best shorts they’ve ever done! It’s constantly giving them something to work with and they respond with some incredibly dark riffing! Always gets me to laugh often here!

War of the Colossal Beast: This is some very solid work out of Joel and The Bots. The sequel isn’t as Serious Business as the first, but they definitely draw out the humor quite well!

Excellent Stinger too! Just had to end this with one of the most iconic MST3K characters!

Overall, this was a fun two-day journey!

Re-watched Hercules today. Sorry I couldn’t do the watch-a-long yesterday because… uh job… life… blecchh!! It’s a great episode from my favorite year of the show, and seeing it 5,000 times already still wasn’t enough… so what’s not to like?

(Then some boring political vids no one cares about besides me.

And even I barely care. Still no confirmation of the whole inner-tubing-with-Sally-Jessy-Raphael business. I remain empty.)

Decided it’d be logical to bookend it with The Loves Of Hercules, since I’ve only seen it a couple of times. I’ll report back later, if I think of anything cool to say.

This one is so good! The movie? Utterly strange. The riffing? Fantastic!

Still wondering what’s up with that ending song.

Another Discussion Thread inspiration: Women of the Prehistoric Planet!

Something I definitely noticed: Joel is very active in this one! Frequently is doing something like “touching” the buttons or getting up to mock-read a report. Always liked it whenever he interacted with the movie!

This was a good episode! 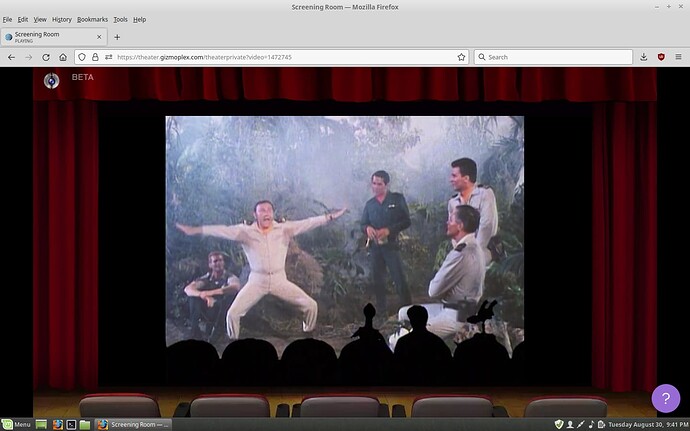 Just wrapped up watching all the Synthia Selects bumpers and Gizmoblips for August!

So good! Looking forward to September!

I binged them all at the beginning of the month. I’ve felt a bit empty since then. I’m usually scrambling to finish at the end of the month.

Now I got all those September Synthia Selects and Gizmoblips watched!

The Batwoman followed by the two promos for The Million Eyes of Su-Maru!

I really think I need a vacation…

Season 13’s The Million Eyes of Su-Maru once again!

Y’know, Paul is such a self-absorbed, disobedient little jerk that even Kenny and Johnny are thinking, “Wow. The U.S. needs wayyyyy more corporal punishment.”

I’m in the middle of September Vault Pick Experiment 314 Mighty Jack (1986), and is it just me? Or does Crow have Nummy Muffin CooCool Butter on his head, before the imposter Tribble King made his first appearance in Experiment 605?? 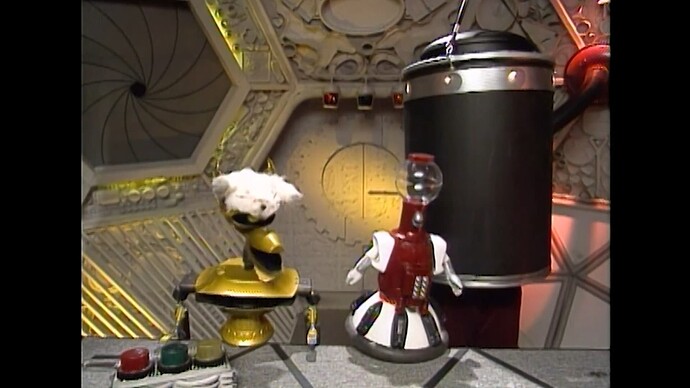 Watched Manhunt in Space over the weekend (via Rifftrax digital copy). Not sure I had ever seen this one before, despite having watched (and remembering) the majority of season 4 when it aired, but I enjoyed the episode a lot. Both the segment of General Hospital and the movie were a lot of fun. The repeated gag of “Get out! Get out!” was great, and the host segments had some great bits. The entire Winky segment was hilarious, but my favorite was the “playing soap opera” segment. It was funny as heck anyway but then Cambot getting involved always pops me! Glad to have watched this one.

Never thought I’d see that streaming. Apparently Alien From LA is going to be on today at some point!