What makes a *bad* movie?

YOUR QUESTION:
What metrics do you use when deciding a movie is bad?

HOW TO PRONOUNCE IT:
wis-wis-ee-ah

TONE
If anything can bring down a movie more than bad acting and bad story telling, it’s not having a consistent tone. When you have two different genres competing with each other, you’re left with a movie that leaves you feeling empty. One example I use is the film ‘Pod People’. This film has so many genres crammed into one that it becomes unbarable in places. Happy? Sad? Scared? Uncomfortable? It tries to do all of that in quick succession and it’s just jarring. It’s hard to find joy in that which makes this the top of my list of what makes a movie bad.

Almost No Post-Produciton
‘The Creeping Terror’ and ‘Monster A-Go-Go’ are prime examples of movies where the lack of post-production skill is blatantly apparent, and nothing makes a bad post-production more evident than the ‘narrator’. Both of these movies feature characters talking to one another, but instead of hearing dialogue, a narrator is explaining what is going on. It’s post-production work like this that all but guarantees your film is bad. Thankfully the narrators make for great riffs.

Movie is Directionless
Coleman Frances is King of this issue. His three movies, Skydivers, Red Zone Cuba and the Beast of Yucca Flats have no clue what they want to be, and their conclusions come in cheapest and most awkward way possible. Filmmakers can change how the story works in their movies, but gosh. Coleman just kept changing his mind as he was filming and didn’t bother to make adjustments to accommodate them.

Unlikable Characters
I like hanging out with people I like. The same logic applies to characters in a film. A character can be unlikeable, but they should never be unbearable. Take the Rider from ‘Warrior of the Lost World’. There is next to no redeeming qualities about him, and yet the film treats him like he’s the best thing ever to grace the screen. Also, every character in a Coleman Frances film fits that description as well.

What do you think?

I think you hit a lot of my personal key points. I’d add that for me, if it’s not engaging in any way, I completely check out.

Do you have any examples of films that don’t engage you in any way? One film that fits my description is ‘The Day Time Ended’. Things happen in that movie, but for no discernable reason. And the characters certainly didn’t engage me either since they were going with the flow.

I have trouble staying with the Kaiju movies especially. They just don’t hook me. I can watch Manos a dozen times, but those don’t spark anything in me.

There are classes of bad movies.

But movies can be bad on a strictly narrative level, where plot elements don’t lead one to the next. (A really skilled writer can mess with the flow and assemble them more aesthetically than logically, of course, but that is rare.) Or the elements that are there don’t contribute to the overall story or theme. (“Padding.”)

A well plotted, technically good film can be bad simply because we don’t care about the characters, too. They don’t have to be angels—in fact, it’s best if they’re not, unless you’re making Wings of Desire—but they have to be engaging on some level. We have to understand their motivations and with really good characterization, we’ll sort of root for them even if we don’t like them and they’re doing something awful. (Hitchcock would do this a lot. See Strangers on a Train or Frenzy where the audience is induced to empathize with murderers as their plans go wrong.)

There can be “soft” technical failures as well, of course: Acting, directing, writing, inappropriate color palates, sound or music choices, production design or costumes being “off”. And any one of these can ruin a film.

Worse, they can all be there, and the movie can be rendered unwatchable because of its message. The most obvious examples here being Birth of a Nation and Triumph of the Will, but you can find all kinds of cringeworthy films from fascistic WWII-era stuff out of Hollywood to groovy '70s flicks and beyond.

I sometimes think it’s a miracle there are any good movies.

Once again you bring up a person I’ve never heard of before.

Looking at her filmography and I’ve seen… none of them.

So, I’ve probably spared myself a world of pain?

One aspect of a bad movie that really bugs me is a phenomenon I call, “Things That Happen For No Reason”.

You can see it a lot in many bad movies. A plot element will get introduced with no foreshadowing. This element occurs and disrupts the “action” of the movie. Then the plot element is dropped or abandoned with no explanation or resolution. It happens a LOT in shows. Amazon Prime’s “Bracelets of Energy” show has a lot of this kind of crap happen. It’s a common problem with modern writing where stuff happens, it’s treated like its really REALLY important for a while, and then the whole thing gets ignored (sometimes within minutes).

To me that is one hallmark of a really BAD show. It means the director doesn’t care what’s happening. It means the writers are lazy or they have no discipline. It means the “showrunner” is a lousy hack who isn’t worthy to be a poop-scooper, let alone manage a production. It’s an insult to the audience. Boo! 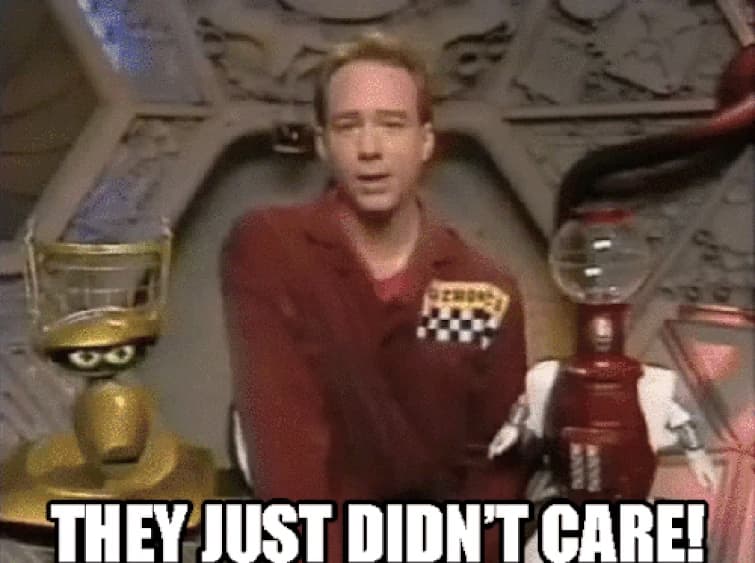 Once again you bring up a person I’ve never heard of before.

Looking at her filmography and I’ve seen… none of them.

So, I’ve probably spared myself a world of pain?

You haven’t lived until you’ve seen her go from zero to sixty in the climax of that horror movie Fantasy Island remake.

I burn through films at the theaters with my Regal Unlimited pass every weekend, and a few weeks ago was this drama made for moms who watch the Hallmark Channel called The Storied Life of AJ Fickry. Didn’t know anything about it except the title when I went in, but as soon as the movie started the first person I saw was Lucy Hale and my gut reaction was “Oh no…”