Bram Stoker’s The Snake’s Pass has lengthy descriptions of bogs.

And it’s all plot relevant!

Jewel of the Seven Stars is chock full of (apparently very accurate) Egyptology, though it ends up being less relevant and more atmospheric.

I had Les Miserables sitting on my bookshelf for years but was reluctant to read it because I feared it would be a slog in the vein of Moby Dick (The OG of esoteric topic derails.) Once I finally took it off the shelf, I loved it and felt silly for not cracking it open sooner. 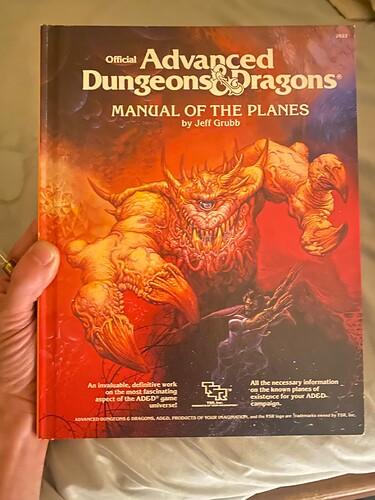 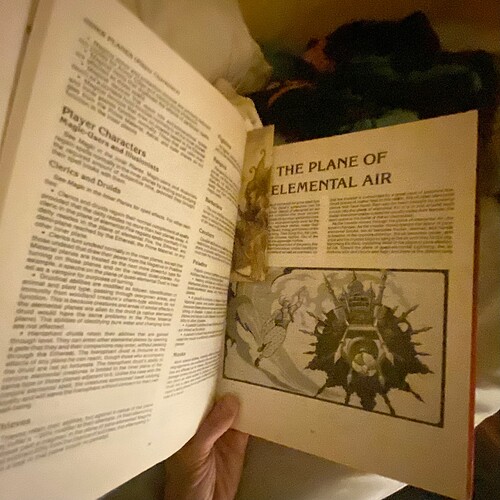 I started playing D&D in the late 70s and have stacks and stacks of books from editions 1-3 (and some of the pamphlets from the original game). Hardcovers, softcovers, boxed sets, staplebound pamphlets, novels, Dragon and Dungeon magazines. I don’t really play anymore but I love to just grab something off the shelf at random and start reading.

In regard to giving you a push towards reading it, you may find a bit of a fixation on using old technology to solve problems.

Okay. That piqued my interest.

I would mention that what you refer to as “esoteric topic derail” exists in [Diamond Age and Snow Crash] as well.

Snow Crash holds a really good example of it. That book’s overall pacing is near-perfect – a little slow in the beginning but Stephenson uses the time cleverly to do some world building and introduce all the main players we need to know about. Once the catalyst to the story’s core plot occurs, the rest of the book keeps itself moving… except that one pocket almost dead center where Stephenson hits the brakes in the Library so we get to hear all the Sumerian myth he learned about. Was it essential to the plot? Sure, the kernel that was needed was there. Did it have to go on like it did? Absolutely not. Was it interesting? I guess…? I mean, learning about something new is its own reward and I like where Stephenson eventually went with it… but good gravy… way to kill the mood for a hot minute… 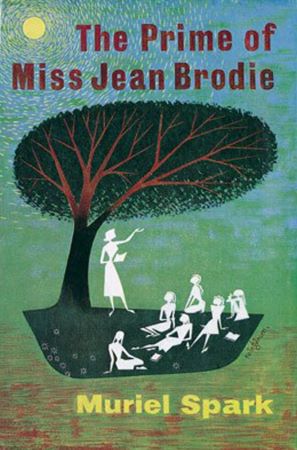 I struggled to get into Catch-22, so I set it aside, and dug into the Muriel Spark novel. I can see why Evelyn Waugh and Graham Greene (2 of my favorite authors) sang her praises. That blending of the serious and comedic, the Catholicism, must have appealed to them. That, and she’s a damn fine writer.

The novel is more experimental than the film, with flash forwards, and curious repetitions, she emphasizes, for example, individual physical qualities of the girls (Sandy’s small eyes, for one). The film also streamlined and simplified and focused on the romantic angle, and less on Miss Brodie’s fascination with Mussolini and the fascists’

I’m really locked into it, it’s one of those page turners I can’t put down. If it finishes as strong, it might even unseat Solaris in The Best From Your Birth Year thread.

I just got done reading Guards Guards! by Terry Pratchett. I’ve been trying to catch up on the Discworld books. I’ve only read a few of them but I’ve enjoyed every one I have read so far.

I’d recommend one from 33 1/3 series that my former boss wrote on Suicide’s self-titled album.

There’s a one man publisher who uses Kickstarter to fund new editions of neglected books. I’ve given to several of his campaigns this past year and a half, and have found a few obscure gems as a result. Currently reading the bizarre fantasy Mangled Hands by Johnny Stanton.

We Own This City. It’s a book a friend of mine wrote about a band of corrupt cops in Baltimore. David Simon’s making a miniseries based on it.

These guys were running around doing some Training Day stuff. Shakedowns, planting evidence, stealing drugs, selling drugs, stealing cash, claiming false overtime. They’re all doing serious federal time and if not for the mayor getting popped for tax fraud for children’s books not long after (you heard that right), it’d have been the most ridiculous local scandal I’d ever heard of.

I’ve been reading those off and on over the summer. I think I’m up to Sourcery, but I previously read Guards Guards! and Pyramids.

I’m also liable to having a fiction and non-fiction on the go side-by-side. Currently on the bedside table I have -

City of Night by John Rechy. As I understand it this is a semi-fictionalised journey through the world of male hustlers and queer street life in the early 1960’s. It’s modernist in the sense that it plays fast and loose with grammar and the presentation of language on the page, but it isn’t dry or remote, in fact quite the opposite! Characterisation is great with people being richly drawn, the through-line being everyone’s outsiderness and the crushing sadness and fleeting moments of joy that situation brings. Only 50 pages left and that would have to contain some really sketchy stuff for this to get anything other than a solid recommend.

England’s Dreaming by Jon Savage. This was reprinted recently which made me dig out my copy. Read it years ago and didn’t think much to it, but really enjoyed it on re-visit. It’s essentially a history of the Sex Pistols and the British Punk scene 1975 - 78, but it’s also a fascinating social history of England in the 1970’s. I don’t think much of the music stands up at this point, but when you think of it in it’s original context it’s easier to appreciate. Book drifts towards the end by becoming more of a conventional ‘and then this happened and that happened’ style Rock Bio but the first 300 pages get the full thumbs up treatment from me.

Yesterday I finished Aurora Rising , a SF novel and the first in a trilogy. A student of a space academy, on the most important day of his life, goes for a jaunt in hyperspace. He stumbles onto a starship lost for 200 years. Inside is a young woman in cryo, the only person alive on the ship. This starts an adventure across the galaxy with a squad of humans & aliens. The characters are smart, smart-asses, and diverse. The plot zips along. It’s a good book, and I plan to continue with the trilogy.

I’m only about half-way through it but ACOD is damn, damn good. It’s only at 3.5 stars on GoodReads and I wonder if it’s going to be victim to that hard word count the Ace doubles have. Up till now, though I’d rate it at 5 stars.

Cheese and crackers, I’m really enjoying Muriel Spark - Jean Brodie has become my new favorite novel of 1961, and am now completely engrossed by The Girls of Slender Means

This reminds me of my teenage/20-something self - I was a voracious reader, and little could distract me or pull me out of whatever world I was immersed in (seriously, Judas Priest could be blasting out of loudspeakers and I wouldn’t hear it, people would have to shake my shoulder -no “gentle pressure”- to get my attention when I was reading)

I don’t have that same focus these days, but I am finding it difficult to put down the book. “Come on man, you have to work. Get some damned sleep!”

Oh, and this article/review was an interesting read (I was curious about her) 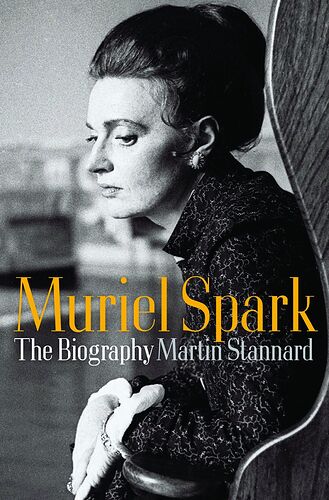 I know I’m sounding like a broken record, but…

The Drivers Seat - very different from the previous two, very dark, there’s a kind of black humor but it’s veering towards the bleak. As with the previous two, it’s a page turner, and short, only about 100 pages.