It sounds like you also managed to avoid an annoying deus ex machina that I’d forgotten about when I previously posted about that book.

Ah. That is, uh, random. Okay. Didn’t miss anything, then. I was faintly annoyed by the Elisa Lam cribbing at the start anyway. 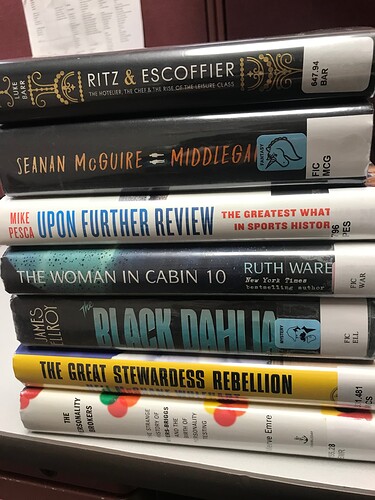 I’m reading ‘Terrortome’, the latest novel by Garth Marenghi, author of ‘Slicer’, ‘Slasher’, ‘Black Fang’ and more than 400 other novels of terror. He also wrote, directed and starred in the 1980s horror TV series ‘Garth Marenghi’s Darkplace’. He is currently doing a book signing tour to promote ‘Terrortome’ and I’m thrilled to be attending on the 29th (where I will be buying a second copy to have personalised)! 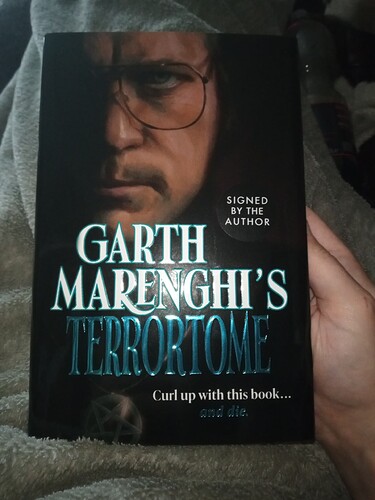 Christopher Lee once did a reading of the short story, the perfect voice for Poe 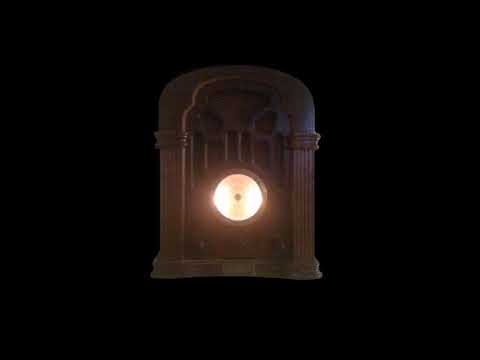 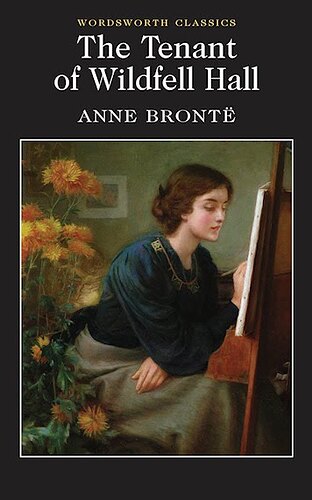 I’ve read her sisters novels, but this is a first for Anne 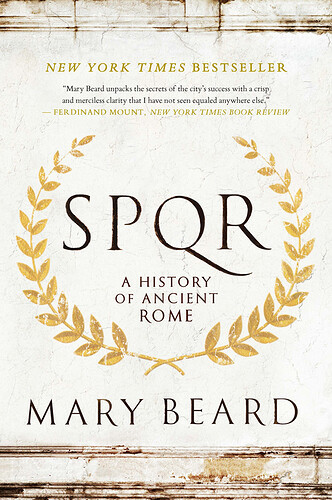 SPQR: A History of Ancient Rome

In SPQR, an instant classic, Mary Beard narrates the hi…

A history of Rome by Mary Beard. If you’re a scholar of ancient Rome (I’m not) it probably won’t tell you anything you don’t know, but I find Beard to be an entertaining writer.

Just arrived today. Nothing too exciting, no surprises, but this is a nice, very slim book. Covers really only chords from the seventh (maj/min 7th) on up through the extensions, and a few basic slash chord voicings. No, not that Slash…just, you know, triads over a bass note. Which I never quite grokked when talking to bassists or guitarists on the fly, and had to translate in my head as “oh, yeah, a sus4” or whatever when I was on the keys.

But it has standard notation, tab, and chord/fretboard diagrams. 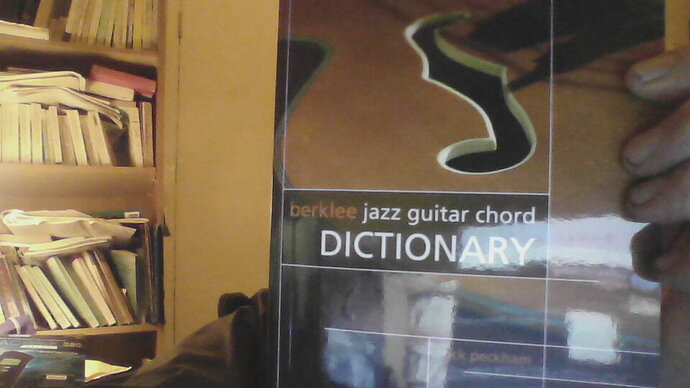 About halfway through Deadfall Hotel by Steve Rasnic Tem, and I’m loving it. It’s wildly creative, a thoughtful horror story that sometimes veers to the gross, all while still maintaining a droll humor.

My only regret is that I got the ebook, and it’s missing the Edward Gorey-inspired interior illustrations. 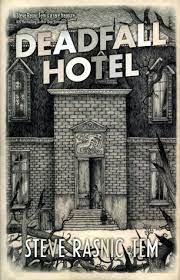 Started this yesterday. Not sure how I feel about it yet. Only about 30-40 pages in so far. 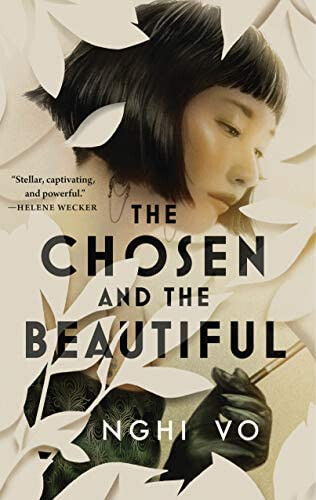 On the last book of A Girl from Nowhere-The Firewall Trilogy. Really cooly sci-fi survival story.
Also check out The Queen of the Tearling trilogy too. Cheers!

From last week, here’s me (dressed as Dr Rick Dagless M.D. from Darkplace) at the Garth Marenghi signing! He loved the costume and graciously signed not only his new book but my nearly twenty year old DVD box set 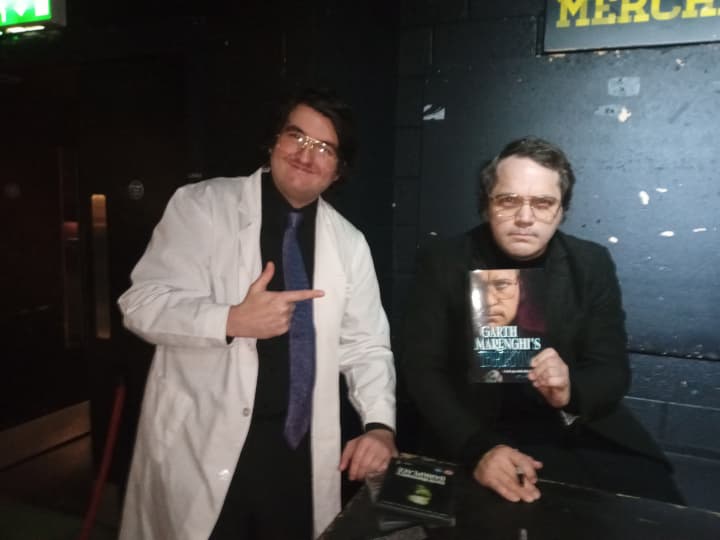 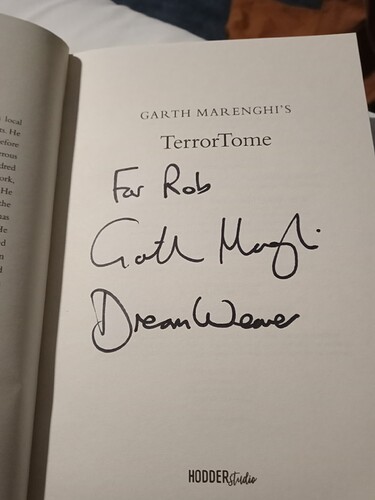 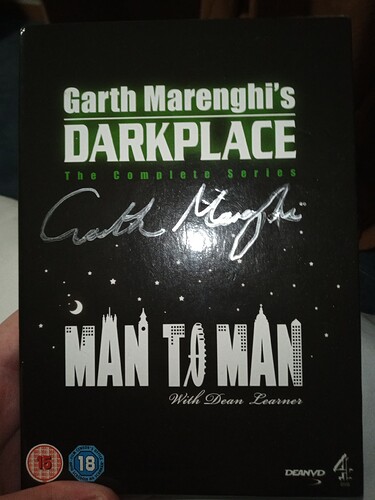 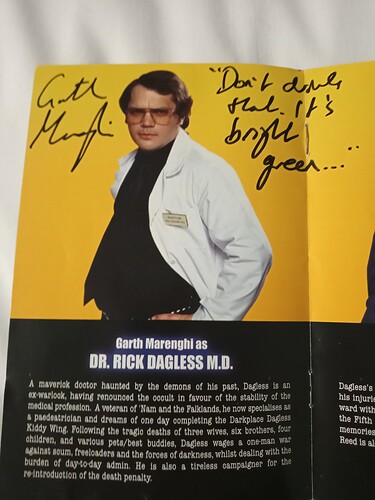 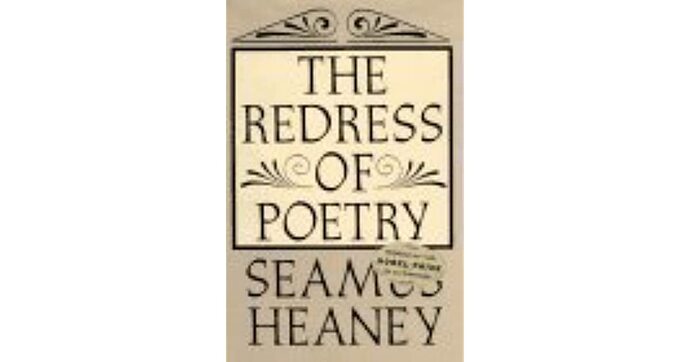 The Redress of Poetry

The Nobel laureate shares his thoughts on poetry's special ability to rectify spiritual balance as a counterweight to hostile and oppress...

And, because it’s become a tradition for me, I’m re-reading A Christmas Carol. 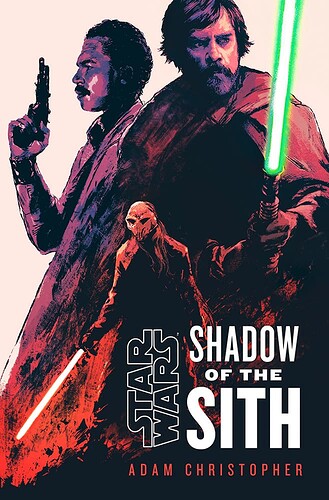 I just finished Marley’s Ghost. It’s apparently based on a pitch that Harvey Kurtzman put together in the 50s, but never sold to a publisher. I enjoyed it, and I thought Gideon Kendall did a great job of capturing Kurtzman’s style, both in line work and panel flow. (There were some page thumbnails in the pitch, while other pages had to be made from whole cloth.) 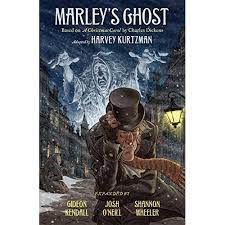 Cool! I had not heard about that one.

Working my way through Ellroy’s The Black Dahlia (I realized L.A. Confidential is actually 3rd in a quartet, so I backtracked to the start) and once I got adjusted to the style, I’ve settled in. Not sure I can say I’m “enjoying” it, but it’s keeping me engaged.

And because I am the way that I am, of course I’m crosschecking with the actual Black Dahlia case info.

I just noticed I forgot to post the last book I finished reading. Last week I finished The Rogue Crown by AK Mulford. It’s the third book in her “Five Crowns of Okrith” fantasy series. This book focuses on Bri and her dealings with Princess Lina. Lina’s mother, the Queen, was murdered with help from inside the castle. Bri made a promise to a friend to investigate and find out if the murderers have ties to a wider villain.

I enjoyed this book just like the others. This felt more fast-paced than the first two books. Bri is a great character, snarky but also has a troubled past. This book was also much spicier than the first two. I’m looking forward to when the next book in the series comes out.

I recently finished The Forbidden Stars, the final book in a sci-fi trilogy by Tim Pratt. My current bedtime reading is The Trade of Queens by Charles Stross.

My lunch hour reading right now is The Illustrated Man by Ray Bradbury. I’ve read several of the stories in it, but never the whole book.

I’m currently reading the massive Sam and Friends book by Craig Shemin about the early days of The Muppets on TV in Washington DC. It’s super good and works as a great companion to the wonderful Henson bio that Brian Jay Jones did a few years back.