It seems like you couldn’t even suggest an adult host a children’s show today, but my childhood was filled with adults making entertainment (and education) for me and I loved them for it. Who can’t be endeared by Bozo and Cookie doing a slapstick sketch, Soupy getting in an argument with a dog paw or Captain Kangaroo getting hit with dozens of ping-pong balls? 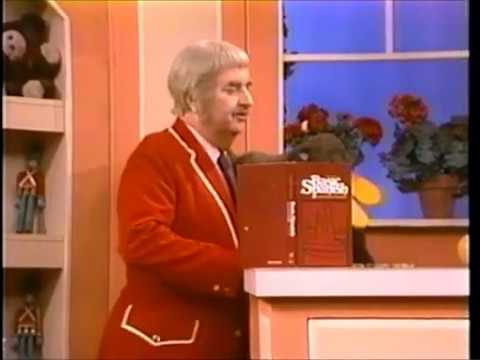 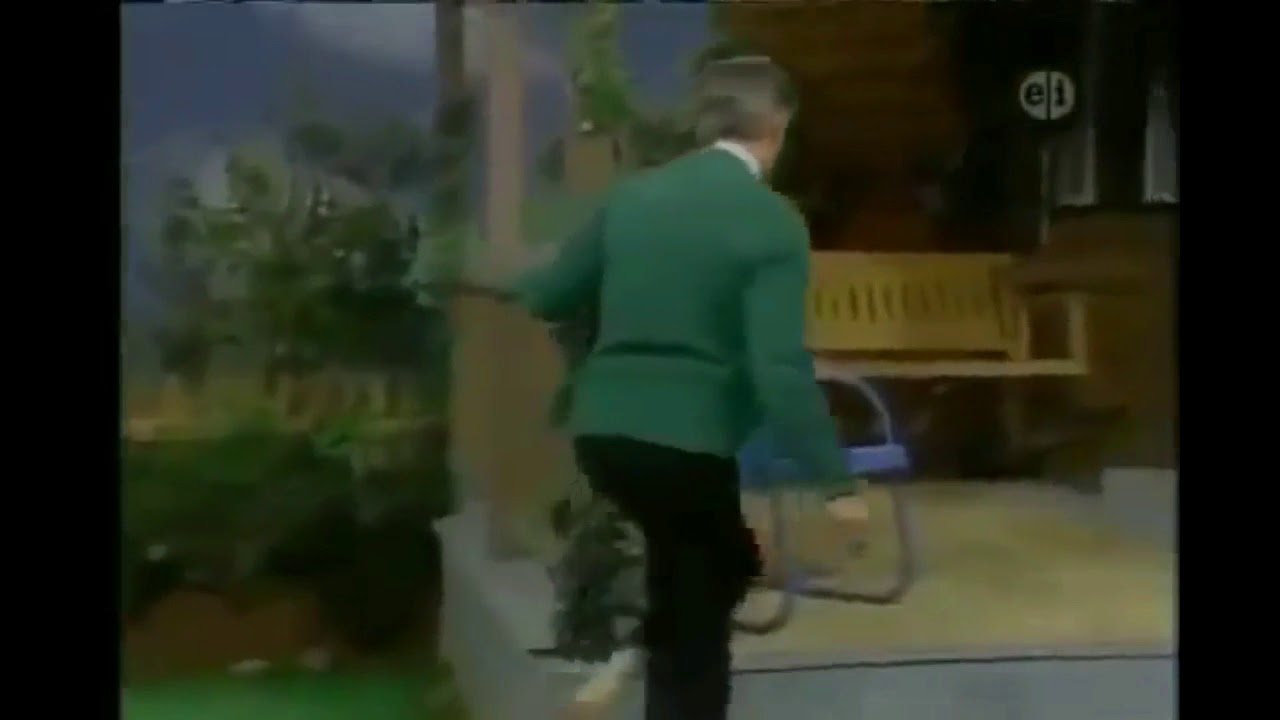 Me, I always wanted to be on the Grand Prize Game. 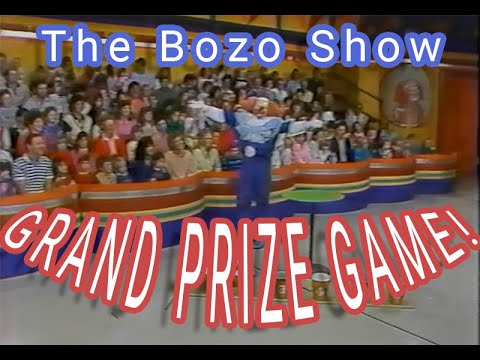 There were also local shows, of course. We had two when I was growing up in Southern Indiana.

There was Cowboy Bob 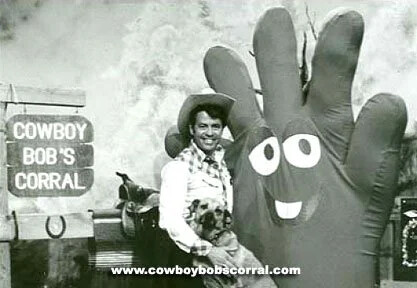 Yes, that’s a big hand. There was also a big biscuit. And a big boot.

And there was Janie. She showed Popeye cartoons. 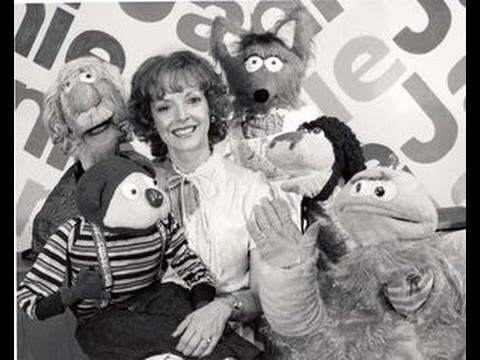 The playground rumor always had it that Janie was really mean when the cameras were off.

What are your childhood memories of adult hosts? Will they ever return?

Adults don’t host kids shows anymore? I mean, not that I’m too upset with not knowing the current landscape of children’s programming. Was Blue’s Clues the last of them?

Was Blue’s Clues the last of them?

Sesame Street I wouldn’t say is hosted by anyone. It’s just a documentary of a very interesting neighborhood.

For any Canadians out there, remember this adult-hosted kids show? 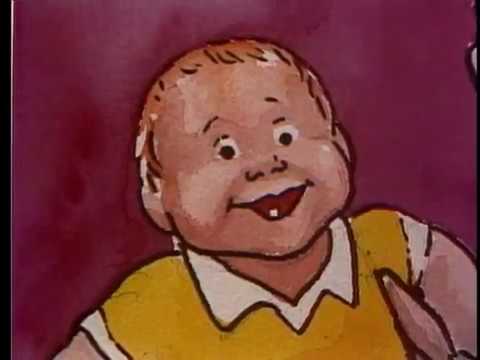 I did really love watching Blues Clues with my daughter, although Donovan can’t hold a candle to Steve.

My wife and I were convinced that Steve had some sort of severe brain damage that caused him to have the inability to think critically and believe his household items talked to him.

Back to the original question (apologies for the side quest)…

I was a Mr. Rogers and Bozo kid. Seems everyone else I know was into Sesame Street. It just didn’t appeal to me (apart from the occasional super weird film, like the Mad Painter).

I was also totally into Out of Control. I’ve spoken about it elsewhere, but the sense I got at the time was “these are adults who are making a silly show for themselves; it just happens to be billed as a show for kids.” And of course the Weird Al Show was a later iteration of that same feeling.

I loved Out of Control. What a terrific and insane show. Joel was on it. 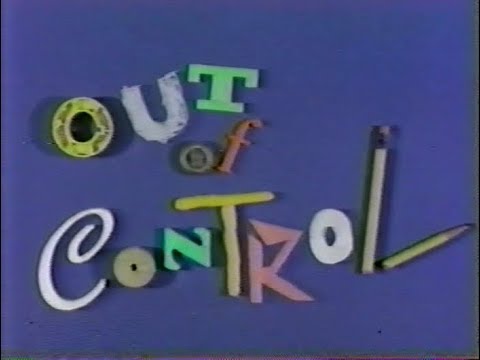 It originally aired with another show called Turkey Television which was just a bunch of short clips including bits from M. Hulot’s Holiday.

Turkey TV was more closely aligned with You Can’t Do That On Television (same people involved). Oh wow this thread is making me once again lament the DVD releases that didn’t happen for Out of Control and YCDToT.

Possibly so, but looking at clips on YouTube, it was again mostly adults on screen.

Speaking of Weird Al, UHF is all about an adult host of a kids’ TV show.

When I was very young, I watched a few Japanese kids program on NHK with different adult hosts from each show. The only difference was: 3 of the shows (Hotch Potch Station, Hook Book Row, and Korenande Shoukai) featured their respective talking adult hosts, while the other in Quintet remained silent for the rest of the show’s run (the only way he communicated was playing the piano, and using body language), so the 4 main puppets did all the talking.

I lived for a bit in the Philadelphia area in the late 60s and early 70s.
We had the Wee Willie Webber Colorful Cartoon Club on UHF channel 17
They showed a lot of Japanese shows like Astro Boy, Speed Racer and my favorite at the time, Ultraman. It was on for 3 hours every week day from 3 to 6pm. Quite different from what you find on now at that time of day.

We had a local kids’ show here hosted by a guy called Bill Parker, but it ended when I was 6 and I don’t remember it at all.

I remember Captain Kangaroo, Mr. Rogers, Romper Room, The Magic Garden (I think that was a local NYC one) and Joya’s Fun Skool. Oh, and Hodgepodge Lodge on PBS. Also, Wonderama with Bob McAllister.

I don’t really remember Bozo… don’t think I watched him. 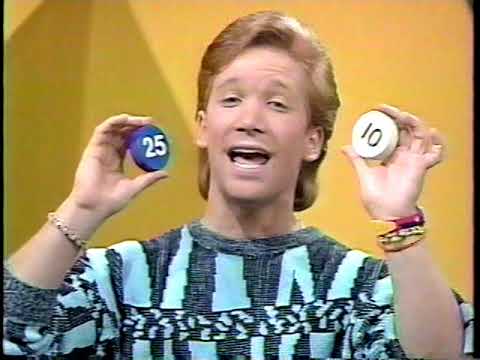 Rumors about his ever having stolen a bike are unfounded.

I don’t count Double Dare because it’s not really a kids’ show in the sense that these other shows are, it’s a game show for kids. I don’t know, it’s not the same to me. Nothing against the great Marc Summers.

Yes, that’s a big hand. There was also a big biscuit. And a big boot.

So Cowboy Bob was sponsored by Hamburger Helper?

Personally, I wouldn’t count Out Of Control or Turkey TV in the same vein as things like Bozo or Mr. Rogers, at least in the context of this thread. They may have been shows aimed at kids, but they weren’t “host talks to the kids” shows.

I was always a Mr. Rogers fan. I watched that show all the way through high school. It was because of Mr. Rogers that I chose to play the cello when I hit 4th grade and could join the school orchestra. He had the 4 orchestral string instruments on an episode when I was little and I fell in love with the instrument then and there.