When do we think they will Announce a Season 14?

Cool. When we lived in Colorado we built a cabin that ran on solar and wind power.

Not sure where this “other site” is, but I’m glad it isn’t here. This fandom, along with another one dedicated to a book series, are about the last vestiges of “enjoyable geekdom” I’m involved in.

In a world where you can’t bring up Star Wars or Marvel or…pretty much anything without starting a flame war, it’s nice to have an easy-going and friendly fandom to be a part of.

Or, wait, was that the one with Patrick Stewart?!?

depending on which end of the pool you’re wading in.

I don’t blame them for still being mad at their 90s cable service, but Alternaversal isn’t a cable service and they don’t seem to understand that.

I very much have gotten this feeling from Joel throughout this season. Especially with him withdrawing from the post show chats.

Well, the Cheesy Circus Tour was supposed to be his riffing swan song. I suspect he stepped back in to give the Kickstarter a boost and help get people into the Gizmoplex.

Well, the Cheesy Circus Tour was supposed to be his riffing swan song.

I think that’s what a lot of folks heard, but I think it was always intended as a farewell to touring as that is very difficult for anyone to do at any age.

Yeah, they press releases were very specific that he was retiring from touring, not from riffing.

Plenty of bands have retired from touring, but will still play one-off shows.

When they came out for curtain call at the end of Cheesy Movie Circus Tour, Joel referred to Team Emily as “The Future of MST3K.” I figured he wanted to start easing up a bit. Heck, I’m 60, and already questioning how hard I want to work until retirement age.

I’m 42 and work from home, and I’d be happy to retire right now if so many of my favorite things didn’t cost money.

Yeah totally. And appearing in a few eps. Feels very much like a curtain call.

I’m with you there. Let’s abolish money and all go and live on starships, where we can while away the time between episodes of MST3k reading ridiculously large editions of old books! 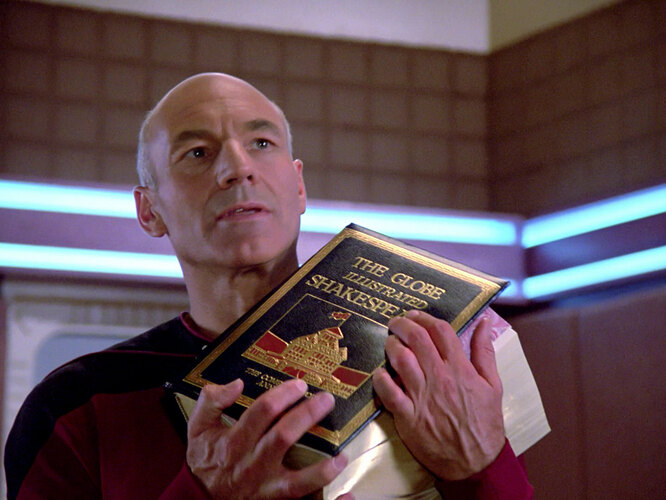 With my luck I’d be the guy who has to clean out the filters in the holodeck.

Gross. Sounds like a profession to highlight on a distant future episode of Dirty Jobs.

Pretty much already been done on Lower Decks.

I’ve got a decade+ on you, but otherwise…