Which Evil Plot Required The Most Cooperation / Chance From Victims?

Here is an interesting thought. In a lot of bad movies, there is an antagonist that is perpetrating some sort of evil plan, plot, or form of skullduggery. Of the MST3K movies, which one of these plots hinges the most on requiring the complete, absolute, unknowing cooperation from the victim(s)? This could also encompass evil plots that require the most random chance and circumstance to impossibly fall into place in order to work.

There are other movies that could be in the list, but I am trying to avoid examples where things are outlandish but plausible in their own setting (such as Danger Death Ray or Double Double 07).

Gotta go with the walking carpet. I mean, come on!

I appreciate how much cooperation the victim has to put into ending up in the octopus’s arms and thrashing around in said octopus arms in Bride of the Monster.

Getting eaten by the Creeping Terror is actually a decent upper-body workout.

I thought about that one.

It was so similar to The Corpse Vanishes that I just left it off, but it definitely deserves an honorable mention.

I thought about that one.

It was so similar to The Corpse Vanishes that I just left it off, but it definitely deserves an honorable mention

Heh, Ed Wood can have that effect with his evil plots!

Also, when you think about it, Baba Yaga’s plan of getting her cat to trick Nastenka into freezing herself in Jack Frost required a Saw sequel-level of coordination for EVERYTHING to line up just right.

Out of these choices? Easily The Creeping Terror, because C’MON. It’s not that the Terror was so deadly, it’s that its victims were exceedingly supportive.

Oh yeah that’s a good one. Alas, you can’t change the poll after 5 minutes for some nonsense reason.

Oh yeah that’s a good one. Alas, you can’t change the poll after 5 minutes for some nonsense reason

Oh, no worries there, I wouldn’t want you to change a thing here!

Your thread/poll brings up a lot of food for thought as to how many plots/plans had to rely on pure distilled cooperation/luck for things to move forward.

Or how many movies had really bad writing…

Bad writing? In these movies?

THE DEVIL YOU SAY

The Creeping Terror is just a tad on the unrealistic side. I’m sure you’ll notice that on most nature shows the prey DON’T want to be eaten. Goodness gracious, what kind of town did the Creeping Terror land in?!

Goodness gracious, what kind of town did the Creeping Terror land in?!

Not the music capital of the world, clearly.

Are you kidding? They had the best music in the world. You clearly were not standing in the Sweet Spot.

The Crepe-ing Terreur, that was somewhere in France so yeah, probably Mel Torme or Jerry Lewis or something… or maybe it was Mel Blanc.

While not mst3k fodder, the immediate thought I had were the first two Kingsman movies. Both had rather elaborate plans that sound more in line with b-movie fare.

K:TSS required the public to adopt the sim cards from Valentine wide scale.
K:TGC Poppy’s plan puts the lives of thousands on the line to provide her cartel the impunity to to operate without intervention.

I think (dis) honorable mention might need to go to the scheme from The Many Loves Of Hercules. “Kill Hercules’ wife and hope he blames somebody else” has some flaws.

Same with Knives Out and Glass Onion. These movies are supposed to be ‘mystery’ movies? The only mystery how something so patently stupid ever got greenlighted.

Knives Out is my favorite episode of MST3K by the way.

Voted for Kitten With a Whip because there were so many ways in which he could have easily gotten away.

But my money has to go to The Undead, where every single one of the evil witch/community theater Satan’s plans relies heavily on the victim being dumber than a sack of doorknobs. 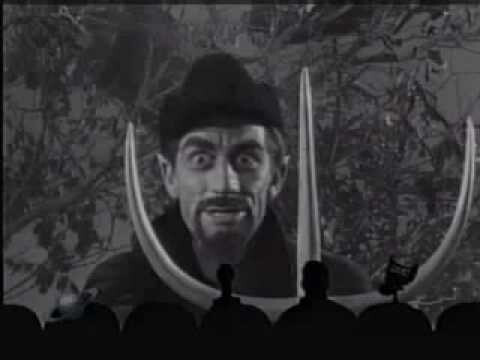 Manos apparently got by just waiting for idiots to drive to his lodge and refuse to drive away after repeated menacing incidents.