Who Collects the Unriffed Movies?

I figured it was filmed here for reasons like that. After all, it’s easier to film here than it likely is over there, especially if you already live here.

(I have a review of this movie also, back when I was regularly doing Last Drive-In reviews and not "If I’m not busy)

A Girl Walks Home Alone at Night (The Last Drive-In)

The opening paragraph was a lot of me tagging people I do Oscar pools with going “I don’t care what you back this year, Ouija Shark will sweep the Oscars” (to hell with Nomadland). I edited it down considerably when porting it over here because it would have just been a bunch of nonsense, so I reduced it to a joking “This is REAL art” sentiment.

Yeah, especially when there’s the chance you can be imprisoned - Hollywood Voices Support for Imprisoned Iranian Filmmaker Jafar Panahi – The Hollywood Reporter

I liked “A Girl Walks Home” quite a bit, but it’s a curious one. At first, it reminded me of the French New Wave mixed with some early Jim Jarmusch - it’s stylish but glacially slow, with people who sit in a room, saying little and staring off into space. But as it went along, it morphed into… everything. It blends in several genres, there’s even a taste of the Spaghetti Western, complete with Morricone-style music (which was pretty cool).

You get a few traditional vampire bits (bites?), but it focuses more on the relationship and the idea of trying to break away from the mundane aspects of life (even blood-sucking can get to be a bore).

I haven’t seen much Joe Bob (I remember him on TV way back when), but it doesn’t sound like his usual fare. Interesting that he covered it.

Yeah, especially when there’s the chance you can be imprisoned - Hollywood Voices Support for Imprisoned Iranian Filmmaker Jafar Panahi – The Hollywood Reporter

Yes, I’ve seen “Taxi” which is one of the non-movies Panahi has made during his ban. (We get a fair number of Persian films exhibited locally.)

I haven’t seen much Joe Bob (I remember him on TV way back when), but it doesn’t sound like his usual fare. Interesting that he covered it.

Well, in The Movie Channel days it seemed mostly like he had to use whatever they had available. For “Monstervision” and its ilk, he had the Turner library and the choices were more pop-y. Now that he’s on Shudder, every season is a mix of crowd-pleasers (his crowd loves the '80s) with at least one episode each season devoted to truly low budget, foreign or arty stuff and “challenging” things (that are hard to watch or make you squirm)—and he also gets away with a movie or two that isn’t quite horror.

I think Shudder’s been a really good fit.

That does sound like a better fit for him.

I subscribed to Shudder in (goes look at my tags at the movie site) 2017 because they were the only ones that had Belladonna of Sadness, and I remember some folks complaining that it wasn’t really horror (sure, but it’s what got my subscription dollars). There were a few others like that (The Man from Nowhere, which is a crime thriller)

Looking at my tags, I saw some good ones - Grabbers, Always Shine, LFO, Tetsuo: The Iron Man (yeah, I’d actually never seen it before), The Chaser, and a couple from Bava, to name a few.

Oops. I guess while I have these Ill add them to the MST collection. 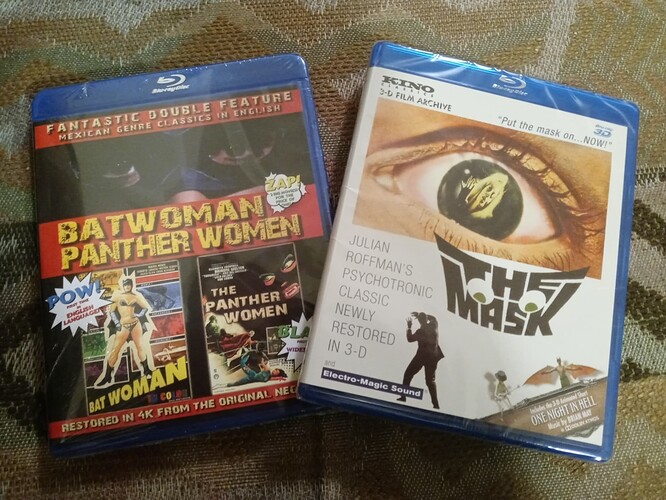 Creature Features on YouTube has it as Crawling Eye and Trollenburg Terror. Nice quality too.

I forgot to report back about The Master

The picture is surprisingly good! It’s also one of the cheesiest things in my video collection now, holy moly! I kinda love it and I’m glad I bought it

I got around to watching The Mask last night. I don’t think anybody here is ready for this movie. 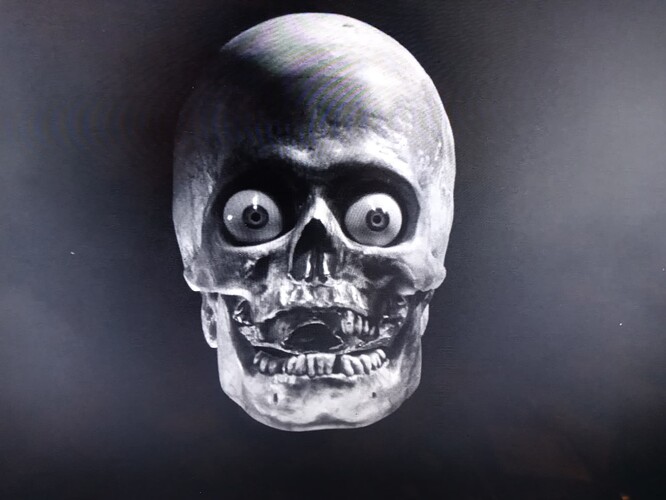 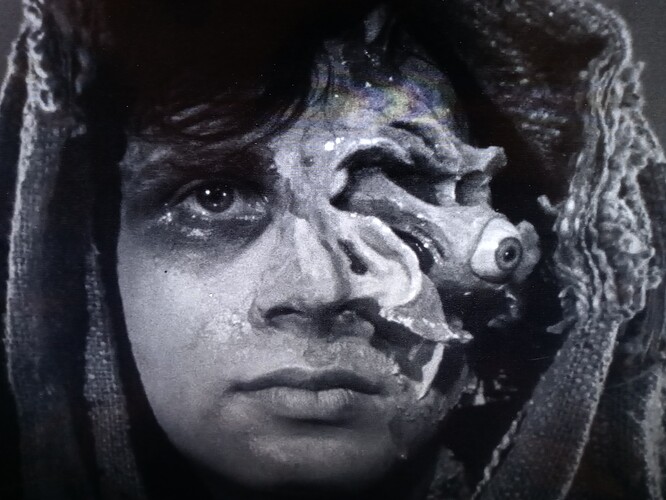 Also here’s something of interest, Shout is releasing a limited run blu-ray of The She-Creature exclusively on their website this Tuesday. The disc contains the MST3K version as a bonus feature (in SD). Adding onto above, my copy arrived today! The movie looks nice. Very grainy, but natural grain. Audio has some noise to it, but it’s an okay track.

The MST episode is one of the better MST Blu-ray transfers. Solid presentation overall. 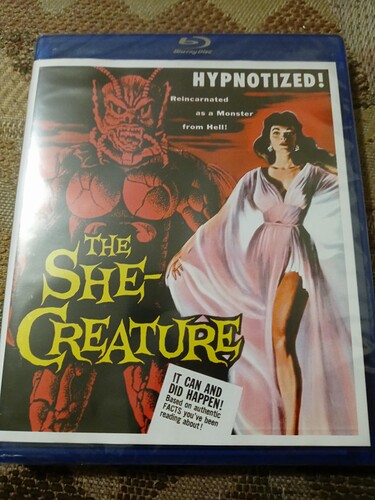 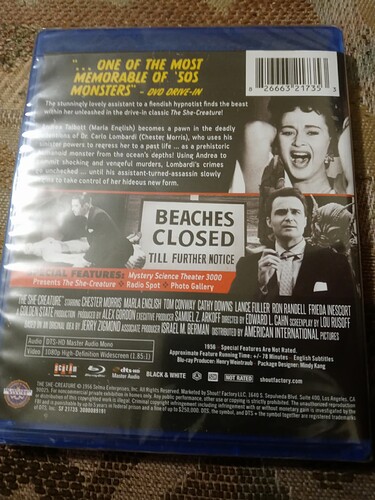 Any one up for a fan upscaled version of Laser Mission, unriffed?

“With no lasers. And hardly any mission!”

Loved the 50 packs. Reminds me of those bagged freeware software from the 90s.

A lot of MST3k’s catalog is so obscure that I wouldn’t say I actively collect them (I do have the Criterion Godzilla collection, but that’s about it). But that doesn’t mean I won’t get them if I happen to come across them. Even if it’s a version I don’t necessarily have a way to watch at the moment and it just ends up sitting in a drawer… 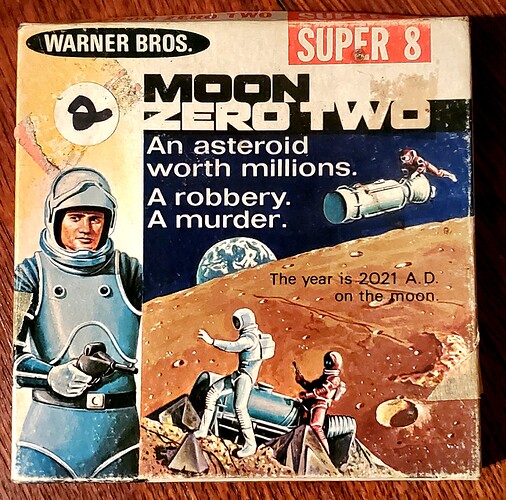 …I have no regrets. 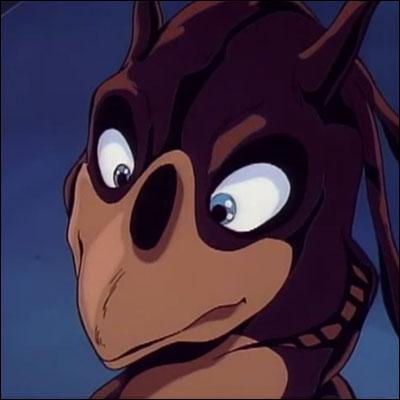 @discotekmedia
Legend of Dinosaurs & Monster Birds! The film has a nice remaster. Subtitles have been revised for the best presentation possible. The vintage Frontier Enterprises dub is here! Extras include some trailers! No, we couldn't include the MST3K version. https://t.co/BHJRjXIfaV 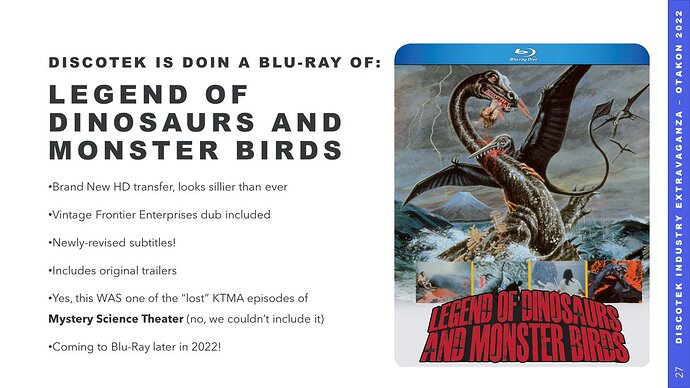 It creeps me out that my first thought was, “That’s not what an eye looks like! The optic nerve doesn’t look anything like that!”
I spent a lot of time around anatomy models in college.

The Vinegar Syndrome label has had a wild 2022 in terms of movies once riffed on MST3K. No less than three un-MSTed movies have been released by the label (and their partners).

The Day The Earth Froze (a.k.a. Sampo), The Sword and The Dragon (a.k.a. Ilya Muromets) and The Incredible Melting Man (a.k.a. OTCHKA~!) were all added to the label this year, the latter of which was released in 4K???

To top it all off, Sampo includes an hour-long interview between the team at Deaf Crocodile and Mike Nelson. It’s very well researched and done with a lot of love for both MST3K and Ptushko’s Russo-Finnish productions.

It all came full circle when Tammy Golden made a Vinegar Syndrome reference on the Million Eyes of Sumuru post-show, which got laughs from everyone involved.

Safe to say that this has been a very interesting year for fans of genre films and/or cheesy movies.