Who is someone in a film/show that should be punished for their actions?

Ever watch a character do stuff in a film, and think to yourself: “he should do time,” or, “there’s an electric chair with his name on it for all the terrible things he’s done?”

Well, tell me: what character do you think should be punished for what they have wrought?

First person that came to mind for me: Carl Denham (Jack Black) from the 2005 King Kong.

Guy gets several people killed, brings a huge creature into New York that causes massive property damage, and the last we see of hims is he just disappears into the crowd? 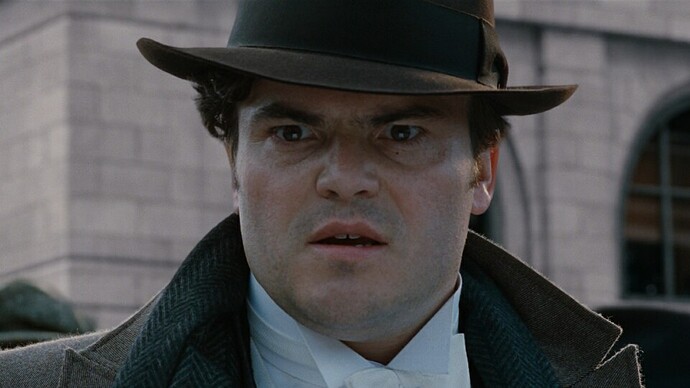 Guy gets several people killed, brings a huge creature into New York that causes massive property damage, and the last we see of hims is he just disappears into the crowd?

It seemed like a good idea at the time.

Forrest Taft, the Steven Seagal character in On Deadly Ground.
He is the film’s Protagonist, but early in the film he injures numerous people in a bar and causes major damage to it as well. He gets away with it scott free.
Towards the end of the film besides killing off all the baddies including Michael Caine, he still puts numerous innocent people’s lives at stake by blowing up an oil rig. Again he gets away with it scott free.
Adding major insult to injury, at the end his character is at the Alaska State Capitol preaching about the environment, which he basically destroyed with the rig explosion.

It’s all YOUR fault that Horshack, Travolta’s nephew and the villain from Ghost are dead, Tommy Jarvis!

Carl’s actions reminded me mostly of Joe Ryan and Sam Slade in Gorgo.

Pretty much everything about their actions made me feel they deserved punishment
_
Joe: “We’ve handled it pretty well so far.”
Crow: “Yeah, ‘one’ guy died.”
_

Then once this massive creature just obliterates the island town, they think they can stop it, thus leading to the death toll rising possibly into the thousands, let alone the amount of property damage Gorgo’s Mom caused.

Though whether Sean ever got over his stockholm syndrome and was taken away from these two, we can only speculate.

I know he’s going for amusing in that video, but he is basing everything on American law, and I’ve always been under the impression that Wonka’s factory was in England.

Also, he is accusing Wonka of negligent homicide and/or manslaughter of the other four kids. We never know of them to be dead. In fact, in one of the versions (don’t remember if it was the book, the Gene Wilder version, or the Depp one) I think it is specifically stated that Charlie sees the other kids leaving the factory whilst he is flying in the Great Glass Elevator.

There’s the urban legend that since they don’t show the kids leaving in the 71 film, that they all died.

Yeah, people get incredibly dark in their interpretation of that film.

Dahl’s book and even in the 05’ Burton film, it does show the other families leaving.