…you must have some potatoes lying around, right?

Seriously though, why does every cupboard in the US have exactly one (1) ancient can of hominy in it?

No one eats hominy.
No one even knows what hominy is.
But we all have that can.

How do we even know there’s any hominy in those cans?
How do we know they aren’t full of those springy snakes that TV producers (and only TV producers) thought were both terrifying and hilarious?

When was all this hominy canned?
You can’t find a can of hominy that isn’t covered in a thin layer of that gross tacky kitchen grime that’s two parts dust and one part deposited grease particles that’s all over the inside of your range hood and oh my God how long has it been since we cleaned this?

You know what I mean?

My immediate thought when I read “You’re huge and pink…”

I do not now, nor have I ever had hominy.

But I do have potatoes. Lots of potatoes. We buy them in 50-lb boxes and if you want me to wax eloquent about potatoes, I will be happy to do so.

The history of UK Christmas Number Ones is truly harrowing.

I Luvz me some loaded baked potatoes!

Never had hominy, don’t have canned hominy and certainly don’t want any hominy.

But I’d take a can of hamdingers just for nostalgia’s sake.

That’s true, but our “Christmas number one is the most important” beliefs did lead to the truly wonderful moment that the BBC got an answer to their question “I wonder if we can tell Rage Against The Machine what to do?”

Potatoes are what I eat, and also what I shell out millions for at auctions:

Now idly wondering if Warhol ever printed out cans of hominy. I don’t think that was ever really a Yinzer thing, though I could double-check with my in-laws.

I’ve never had a can of hominy, but I’d probably freak out if I ever found one in my house. Although, who hasn’t found an expired can of something and thought “but we’ve moved since then and there’s no way I would have packed that?” Strange things happen in kitchen cabinets.

I stopped watching at the weird sponge bath from the Robert Palmer video model. Gave me flashbacks to Beyond Atlantis.

That’s true, but our “Christmas number one is the most important” beliefs did lead to the truly wonderful moment that the BBC got an answer to their question “I wonder if we can tell Rage Against The Machine what to do?”

It was nice seeing the British people decide there was more to music than Simon Cowell.

Now if they can just get past the sausage rolls thing…

History teaches us that there are two unbreakable rules of human conduct: 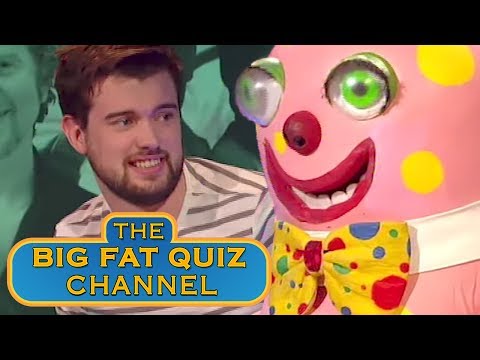 In New Mexico, hominy (posole) is a major ingredient in a soup (also called posole) with red chile and pork shoulder that is traditionally made as it gets colder in the fall. I have had it, I have made it, it is wonderful, and I try to keep hominy on hand for it.

Also, my mom is southern, so I grew up with grits. They are pretty good if you know how to make them right (not runny, no sugar, add butter, salt and pepper… cheese is ok too). Oddly, it is hard to get a good bowl of grits in Texas.

I’m a Brit, living in Britain, and had no idea about the Sausage Rolls thing.

So I looked it up.