It definitely had a much more lavish pleather budget.

Good god I’m ugly . Scared my own children out of the nursery today. 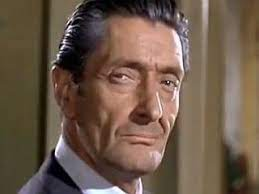 I don’t know about you, but I rank all my movies by their pleather budget.

He actually has 12 credits in IMDB spanning 3 decades. Okay most of them are bit parts, but more than most actors.

Kevin so landed that high octave. 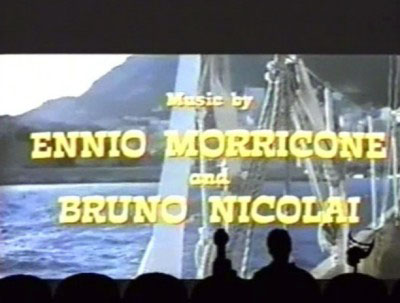 Operation Double 007’s director, Alberto De Martino, also directed the infamous Puma Man. And who costarred in Puma Man? None other than Blofeld himself, Donald Pleasance! (Well, ONE of the Blofeld’s…)

(And personally, I think he looked cute as the dickens in that tam o’shanter.)

I strongly suspect that the radioactive rug subplot and the bit where they figure out where the castle is and how to get in were all cut from the episode when they had to edit the movie down to ~60 minutes + host segments + commercials. I should see if I can watch the original movie sometime. I think it would be good fun even unriffed.

In an interview, Maxwell (Moneypenny) said she was paid more for this movie (in which she had a larger role) than all the real Bond films combined. That’s pretty cool.

As for Neil… He was a plasterer until he got fired. He and his union claimed it was unjust. He did a radio interview about it which got some attention when people realized who his brother was, and that’s why this movie got made. Despite having zero previous acting experience, he earned more for the 3 months of filming than a year at his old job. After the movie, he went back to being a plasterer until he fell off a ladder in the early 80s and the lasting injuries made the impossible. He did do one other film two years after this one, as well as a smattering of cameos on TV.

I have to agree that despite being a parody knockoff film with a fairly small budget, this really does hold up as a decent Bond film.

It’s weird that they gave him the ability to instantly hypnotize people, but I guess they had to do something to explain why a doctor with no spy training would be able to interrogate people and have an advantage in a fight.

Solid episode with some great riffing. I like the Shout Factory bonus interview with Joel after. How the show had really hit its stride by this season and they were just cruising along having fun.

Let’s talk genres! Mst made it fun to compare them! There’s giant (bug, reptile, mammal) movies, biker movies, dopey rocket ship movies (my favorite), etc. And of course, there’s James Bond ripoff movies like this one. This is probably my least favorite James Bond ripoff with Agent from H.A.R.M a close second. Danger Death Ray! Is easily my favorite of these with Super Agent Super dragon also up there. I’m curious, where does everyone else rank them?

Super-Dragon is my fave Joel episode of all time even!!

Then in descending order it’s: Double 007, Danger, and H.A.R.M. The last being far and away the cheesiest looking and with the least competent and most… difficult protagonist.

I’ve put together an Excel sheet that ‘categorizes’ each MST3K movie into a broader group. The goal wasn’t to have dozens of categories that get super specific, which would sort of defeat the point. The goal was to go fairly general and end up with as broad a set of buckets as possible. That being said, some movies didn’t lend themselves easily to big groups and so some broad categories have “subsets” … such as “Earth Drama - Revenge”, etc. So ultimately stuff like “Earth Sci-Fi” is meant t…

Operation Double 007’s director, Alberto De Martino, also directed the infamous Puma Man. And who costarred in Puma Man? None other than Blofeld himself, Donald Pleasance! (Well, ONE of the Blofeld’s…)

De Martino’s expertise early on was dubbing. A dubbing director on more than 1,500 films including La Dolce Vita (1960), Alberto directed the gamut. Spaghetti Westerns, Euro-Crime, Sword and Sandal, Horror, and yes The Pumaman (1980) which nearly bankrupted him. He used his house as collateral on that one. An Exorcist knockoff The Anti-Christ (1974) is what Martino is most remembered for. 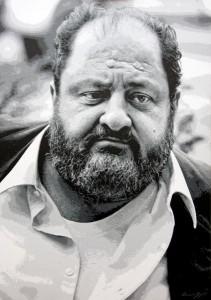 This one is a lot of fun. The movie is nonsensical but goes at quite the breezy pace. Combined with great riffing and host segments and you got a winner of an experiment!

Perhaps the most triumphant riff of the series.

Or at least a contender! 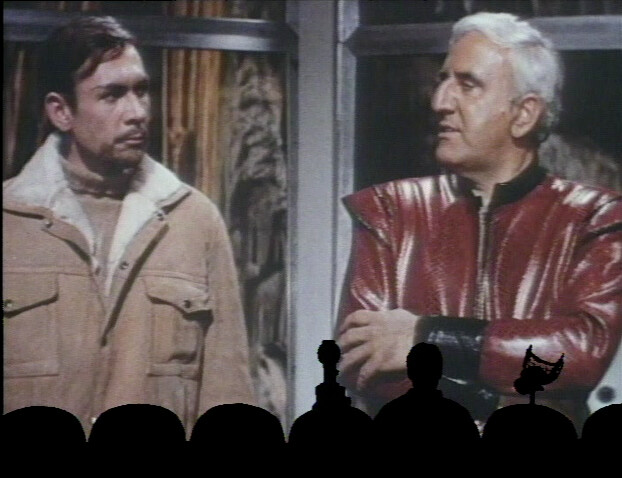 So I would put D-007 in the same broad league of “top 25 episodes” as all the movies you listed. However, I would put IAMP and Mitchell in a higher quality tier of “Top 5” episodes. I mean - really - those two movies are such classic, staple episodes that there really aren’t many episodes you can put next to them and claim they are “the same” in quality. I Accuse My Parents and Mitchell are special cases that stand out. Operation Double 007 is a great episode … and definitely stands out … but its not quite in the same rarified air as Mitchell or I Accuse My Parents.

I would rank this one higher than both the others. The Fun Quotient is just off the charts. The other two are solid episodes, though.