How about a word FOR our sponsors?

I want to be the dolomite

The friend I watch with, who’s about 30 years younger than I am, went bananas over the Bendy ads.

She wants a plushie.

Me, I’m all ‘Who’s Bendy?’ (although I do play video games, I hadn’t run across that one)

Bendy and the Ink Machine, one of those indie horror games.

I’m kind of surprised none of the madvertisements got around to actually explaining who Bendy is.

The Bendy ads really come off as if they don’t really have anything of note to sell. They just want us to know the brand exists.

But they don’t tell us why we should care about the brand. Why are Crow and Tom so obsessed with Bendy merch/swag?

Exactly. It feels more like the Bendy ads are just “well we have to do an ad but we don’t have anything to sell so let’s just make fun of the whole thing instead?”

And you can’t even buy the merch they keep showing! It’s just weird. 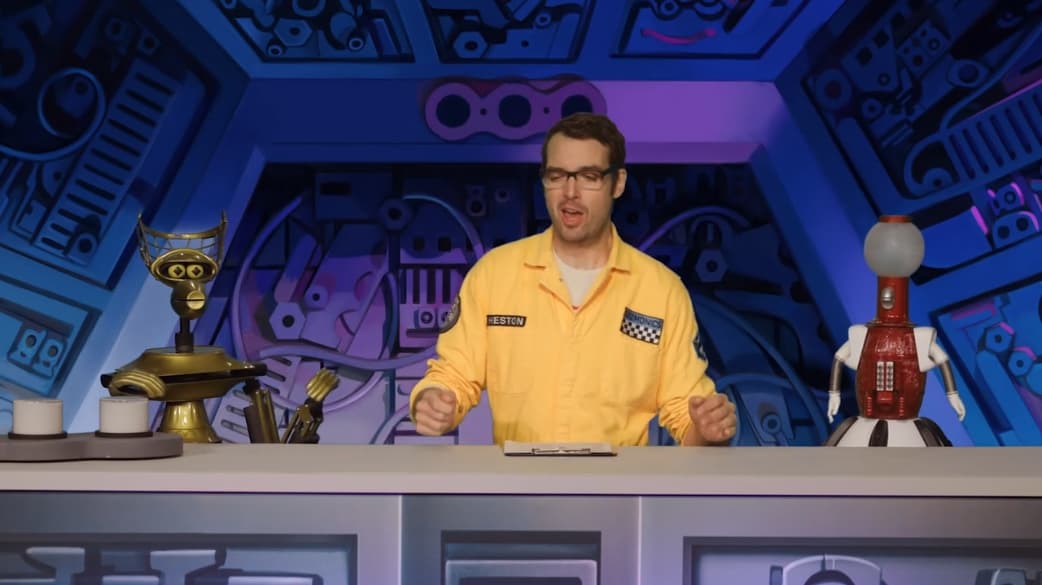 Several adventures and accessories are also 90% off. I snagged a grip of books for less than $6 after tax.

(I think the physical book is on sale through a different provider. Check The Onyx Path’s blog for details)

Also, the ‘lovable scamp’ Bendy apparently yells at gamers on YouTube, which is a pretty big turnoff to me.

Bendy’s one of the indie horror games that came after FNAF; that’s probably what they’re getting on about.

I need to play it, but my understanding is it’s kind of a jump-scare horror game appropriate for older kids, and said kids like to post reaction videos of themselves freaking out about it.

Also, now that it’s on sale, I want to set up a group for They Came from Beneath the Sea.

So, I discovered that the Bendy merch is available on Amazon. You’d think they’d have a link on their site or something, but nope.

I’m waiting for the spy-themed version to come out.

Quick description: “Bendy and the Ink Machine™” is a first person puzzle action horror game that begins in the far days past of animation, and ends in a very dark future.
Platforms: Windows, Mac and whatever “SteamOS + Linux” is.

If you want to sample it first, there’s a free demo. And if you want to bundle in the “standalone game and side prequel” Boris and the Dark Survival, it’s only 12 cents more.

I briefly tried the demo and … it’s been quite a while since I have played first-person games. Better once I disable the camera bounce and full screen.

Finished the demo. It’s like the description says: horror game.

‘Steam OS + Linux’ is the operating system of the Steam Deck. Although the game isn’t marked as ‘Steam Deck Verified’, so who knows?