Yeah, but the book is so much better.

I forgot to say, we watched Nothing but Trouble and she was too freaked out by it. Which is weird, because she didn’t find Killer Klowns from Outer Space freaky at all.

“Phase IV” was actually done by MST3K during the KTMA days! I’ve only seen a tiny bit of the actual movie - ants crawling out someone’s hand!

I’m aware, although I’ve never seen it riffed. I really like it. It’s the great Saul Bass’ only film. It has a not very good ending forced on him by the studio, but otherwise I think it’s a good movie.

A vibrant mix of comedy, action and horror/fantasy. 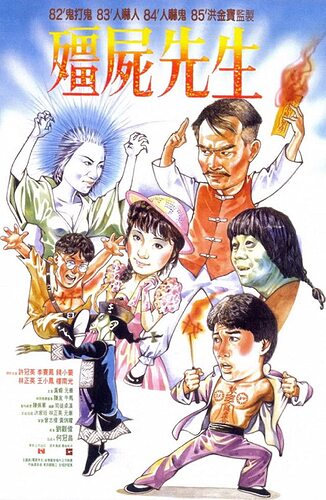 Mr. Vampire: Directed by Ricky Lau. With Ching-Ying Lam, Siu-Ho Chin, Ricky Hui, Moon Lee. The planned reburial of a town elder goes awry as the corpse resurrects into a hopping, bloodthirsty vampire, targeting everyone responsible for digging the...

We watched Strange Brew last night. She liked it, but about 20 minutes in, she turned to me and said, “WHY DO THEY KEEP SAYING EH?!”

I told her, “that’s just what Canadians do! But probably not that frequently.”

I did not tell her to take off.

I second (or thirth) Big Trouble in Little China. Get bored during that, ha.

The Fleischer Superman cartoons and the first few seasons of Batman:TAS.

I think the next will actually be Gremlins 2. She would be too grossed out by the first one, but I think she can handle the second one, which I like more anyway. And you don’t really have to know the first one to watch the second. It re-explains everything.

And what if she runs into a Canadian in the wild?

Just be sure she keeps some poutine handy for those feisty Canucks !

…and have you considered Canadian Bacon?