Any fans of Tabletop RPGs?

Nope, not at all. 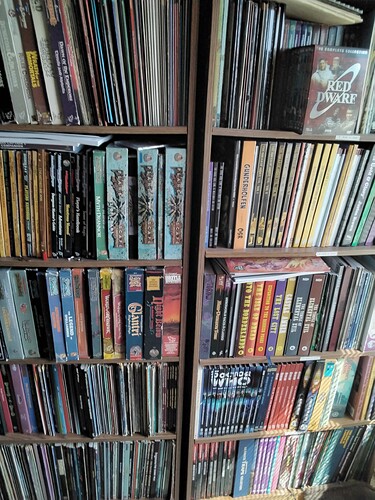 I have had a Glitter Hearts game idea in my head ever since I read the rules nad I’ve struggled ever since to get a party. Yaaaaaaay.

AAAA… I have almost everything on the left side of that bookcase.

But when was there a BattleSystem boxed set? I somehow missed that.

That is the first BattleSystem release. Sadly (or not, as you look at it) this is about 1/2 of my RPGS.

That’s probably roughly the size of my collection. Mine isn’t as neatly organized, unfortunately.

That might have been Ace. He was an amazing animator and a great guy (as far as I could tell). Couldn’t follow Gen Con when it moved to Indianapolis, sadly. I kept up the torch in his stead.

I’m gonna be starting a new game soon. …unfortunately, the party is a bunch of strangers only related by the fact that they know me, so uh, this might be Fun in the Dwarf Fortress sense.

Are you starting them off at 1st level?

System doesn’t use levels, but yeah, starting off with fresh characters.

So this Friday I’m going to be running a oneshot where everybody is playing as the sort of character they would have written when they were 14.

One fun thing I’ve run into is that several people who had expressed interest did so with the note of actually going back and digging out the characters they wrote when they were 14 in spite of the prompt framing it as hypothetical.

Kickstarter has some really amazing ones running right now.

The Cowboy Bebop tabletop RPG has done very well, climbing into six figures. Of course, that’s nothing compared to what else I found.

Yes, there is a Monty Python tabletop game too on Kickstarter and they are past US$1 million!

Wow…I can’t think of anything to say.

I am really liking Mausritter. It’s animal based, where you play a small, but brave mouse warrior. I have to admit, the fan art is what go me into first reading it.

…now to look into the Sentinels RPG system.

Finally decided to look into Mutants in the Now. In a way, it’s sort of a spiritual successor to Palladium’s classic TMNT rpg. 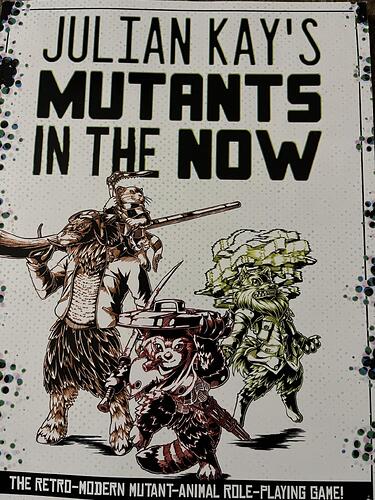 Sometimes I think about how old the turtles are, and how I started reading them and couldn’t believe it - black and white like Elfquest, but more violent, and totally different in story presentation. I still own my 3rd printing of #1 an 2nd printing of #2, along with some others…but I never really got into the cartoons, any of the movies, and am just now looking at the whole “death of the turtles” arc…which is heartbreaking for me, but an acceptable story arc that comes with a little age.

I had the TMNT book as a kid as well as the B&W comics…I still have the Robotech: Macross RPG and two copies of the first issue of the graphic novel on my RPG bookshelf

Yeah, I had the Robotech game, too. I also had the original Battledroids, yes, the one that had to change to Battletech. Marvel Supes, Paranoia, Car Wars, O.G.R.E., Traveler; man, I had a whole lot of games and D&D books. I honestly don’t remember what I did with everything. Last I looked I had my TMNT, After the Bomb book and a Twilight 2000 rulebook, but not much else survived my post college daze.

Does anyone here have any experience with Monte Cook’s “Cypher System?”

They just launched a big campaign for it on Backerkit and I’m wondering if it’s worth investigating.