Jordan did gift us with Mona Lisa (love it, own it, can’t get enough of it).

I think that’s why Dick Powell was so good (if an unlikely choice at the time) he had that flippant side down pat, but there was also more vulnerability to him, he was tough, but not like Bogart or Mitchum, you felt Powell was in real danger.

Not an encouraging trailer, to my eyes, but I’ll see.

‎‘Loving Vincent’ was one of my favorites of 2017, so I’m looking forward to this one, from the same filmmakers. 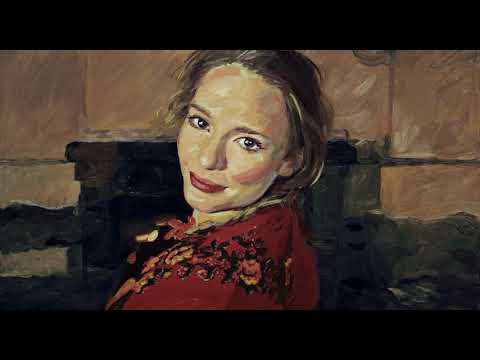 Loving Vincent was one of my favorites of 2017, so I’m looking forward to this one, from the same filmmakers

Loving Vincent was fantastic, but I had no idea that they’d be doing another one. Very cool stuff!

Yeah, it snuck up on me as well (Criterion’s article on the most anticipated movies for 2023 put it on my radar). It takes a lot of time to do those type of movies, maybe more with that painterly style? 6 years since Vincent - I hope this is just as good.

He sounds like Mike Hammer, not Marlowe. But maybe that’s just to punch up the trailer.

He was more likely to be cast in Susan Slept Here but I feel like that was a mistake.

I was disappointed that Decision to Leave failed to get an Oscar nom (but only 1 South Korean movie ever has (Parasite), with a mere 2, Decision & Burning, making the shortlist)

But I was happily surprised that an Irish picture made the grade, it’s the first from that country to receive a nomination for best Foreign, now International, film. (It’s not the only Irish movie to be nominated by the Academy in the past (see The Secret of Kells), but it is the first in Gaelic, hence the international nod)

I hope the nom results in it showing up in theaters in town. That’s one I’d go out for, not only because it sounds like a good one, but also in honor of the Irish in me from my mother’s side. (Before she passed, in one of our last conversations she regaled me with stories of our descendants, so I have had that in mind of late).

The Handmaiden (also by Park) would beat out any of the best film nominees for its year (or the following year, as sometimes happens with foreign films) with the exception of A Man Called Ove, maybe.

Spring, Summer, Fall, Winter… and Spring would’ve been my #1 for its year, too.

Honestly, I think foreign films could easily give American ones a run for their money.