The planned 4-day week rotas are staggered, so there’s always staff on duty. If I’m doing Mon-Thu, then my immediate boss would be on Tue-Fri. Plus, he’s recently upped sticks from London and moved to Thailand, so with a seven hour time zone difference, we’re already covering more of each day than before, when it comes to responding to customer contact.

So, we are trying to get pass the busy season and go into the new year with a lot more improvements to the work flow. I think my trainer/supervisors realized that I got the short end with a LOT of vendors I deal with regarding delays, attitude problems, pricing issues, etc. I feel a little better that they’re so understanding.

I just have a lot of days where I get so overwhelmed and I want to quit. They tell me that I am doing well, but I made so many mistakes still. I am unsure of what to do, because one wrong action I made has an effect on so many people. I keep telling myself it’s only for nine more months until I can move in with the boyfriend.

She didn’t think she could get our AVP to sign off on it.

Oh, it’s all right. This one employee whom everyone dislikes (I tolerate him OK, probably one of the few people who’s friendly to him) but many people are just enraged by his “work ethic.” Put in his two-week notice for unspecified reasons.

But if the powers don’t have their heads up their wazoos, they’ll start having me do vehicle audits and verify DOT permissions with the vans…something that’s easy to do and looks good on my record…my permanent record!

Let’s face it, I think I’m a lifer with my current company, and the only way to remain that is to move up or out, pretty much.

St. Patrick’s Day wreaths came in the backroom ready for customers this week in EARLY JANUARY.

Just got back from a 2 week vacation, and while I remembered where my desk was, I somehow forgot that half my team is off today due our new 4 day workweek policy. I spent 10min trying to find people who aren’t here.

Why is that even a thing?

As everything was shut down that included all the Irish bars. However Kevin Smith had his pop-up Mooby’s in town and of all places they could set up they used the kitchen of Dublin Calling, a few blocks from the office.

So I can actually say I went to a irish bar when no one was allowed to.
(not my picture, can’t find mine) 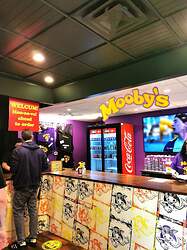 Oh, one of our new Area Managers is, predictably, enacting the old “it’s easier to lighten than to tighten.” Likely known to teachers of all stripes.

It would be understandable and even kind of cute, if she didn’t ever break her outward-facing persona as soft-spoken ingenue and all that.

I’m not saying she should start busting…Lovesacs, or whatever that chair is called…but her persona as a low-mid manager is not very coherent.

So Senior Speedy multiple times left me voicemails (I always delete voicemails ear-unheard) but to his credit, sent texts.

Apparently he and his “lady friend” (his words) tested positive for CV-19 Monday, and he supposedly can’t figure out the company’s website to ask about quarantine or whatever. So I wasted two cigarettes worth of time e-mailing HR giving them his phone number and asking them to call him.

He’s an idiot. Perhaps well meaning, but he’s a complete jackwagon. At 73 years young, no less, and quite the lady’s man. Whatever.

Ad punctum 2: yes, Phinnaf* (that’s what the ladies call him) did indeed get called out to HR five times in two days, and facing 2-week suspension, opted to put in for 2-weeks’ notice. Don’t know how that will play out for him.

Actually, I could deal with him fine, and I despise others at work more, but, whatever. Story I heard today was of multiple incidents involving threats of violence and a bunch of racial epithets, back and forth.

Didn’t witness any of those, thank goodness, but, whatever. I say “thank goodness” not because it wouldn’t have been entertaining, but rather I might have had to fill out a report.

Ad punctum (3) I’m going to have to put a cattleprod to get the (outrageously simple) tasks I need assigned to me taught to me, in order to move up in the ranks. Not a problem — I can just shadow one of the floor supervisors (they know I’m in it to win it, and we’re all friendly) if I weren’t already so busy fixing everyone else’s mistakes. 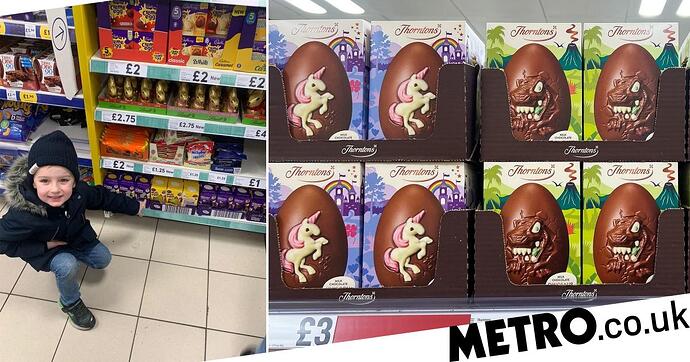 The bookshop I work in received Valentine’s cards (for selling, not actual Valentines!) before Christmas, to be put on sale on Boxing Day.

Our FCC operators are having a hell of a time trying to bring their unit back up. I’m over on our Alky unit and I look up and notice our flare lighting up the sky and black smoke filling the sky. That’s not good at all. I hear our board operator yell out not to use the blown down system because the fuel gas recovery unit just tripped and it blew the seal drum. As I walk back into the control room I hear the FCC operators yelling to shut down the cat and go to safe off. I’m not sure what happened but they were making good progress and we were hoping they would be making product by the end of the night. Not anymore though. Over here on the alky our feed is supplied by the FCC unit and with them down means tonight I’ll have to continue jamming as much rail cars into our feed tank as I can so our unit can stay running.

I recognize most of those as words, but I understood absolutely nothing of what you said.

Hell, I couldn’t even identify what type of industry this is referring to. FCC makes me think broadcasting, but it sure didn’t seem like it after about the fourth word.

I work at an oil refinery. It’s pretty awesome.

The FCC unit is still struggling with operational issues. People on reddit are starting to get concerned.

It’s the Russkies, I tells ya.

I don’t want to alarm anybody, but… 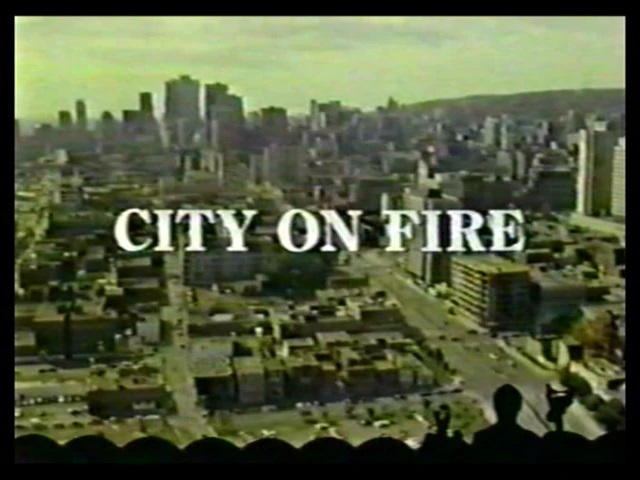