Corman… Roger Corman… Roger directs this saga of Viking Women searching for their men. “Call me Ishmael”, “Take Your Hands Off Her! You Damn Dirty Ape!”, “Hey look! All My Vikings!” The Mad’s Meat Re-Animator, Joel’s Waffle Iron, Willy the Waffle, the Waffle Song. “Eric’s Small Cigars” or “Brought to You by a Grant from the Mobile Corporation”?

Note: The full title is The Saga of the Viking Women and their Voyage to the Waters of the Great Sea Serpent (1958) and it hit theaters April 10th 1958 as a Double Feature with The Astounding She-Monster (1958). My compliments to RyanLohner on providing that detail below. 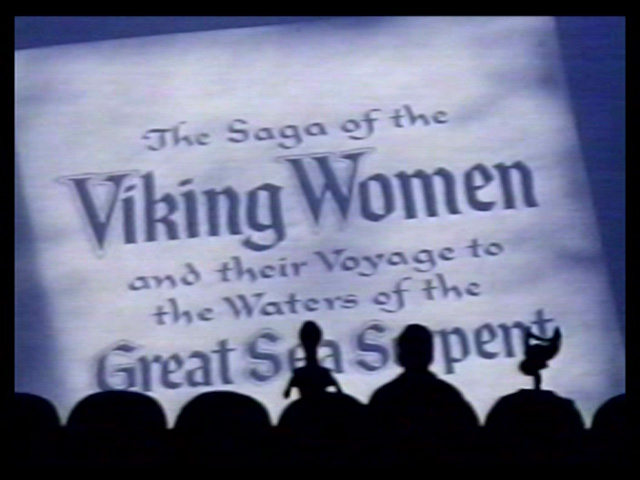 The best blooper in the series - Pancakes! 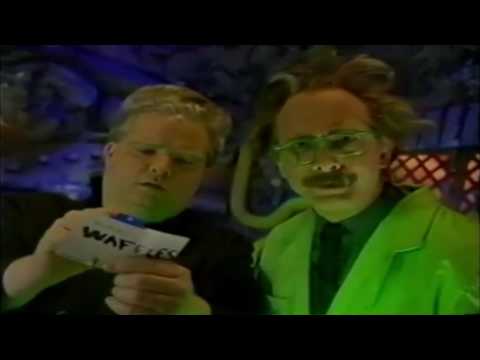 One of my favorite episodes, and the best set of host segments. Who doesn’t love waffles?

Also quite notable for how they so badly wanted to do A Case of Spring Fever that they threw in a whole host segment mocking it, despite none of the fans at the time having any idea what they were referencing.

Willy the Waffle. A Case of Spring Fever parody. 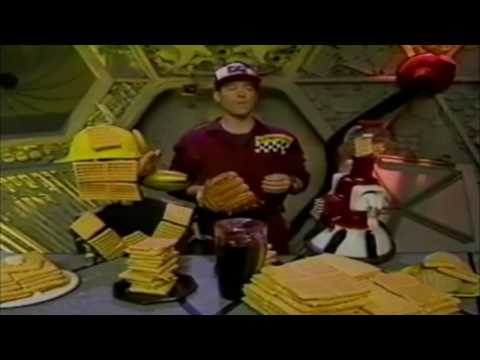 I will always love it for inspiring those running gag moments where Crow would yell “I’m a Grimault warrior!” (I loved seeing the name “Grimaldi” onscreen for the credits of The Human Duplicators, prompting Crow to yell “I’m a Grimaldi warrior!” and tenderly weep.)

The movie was gloriously cheap, as per Corman’s fine standards. One terrific riff from Servo here: “Oh, look at this — Corman got his shot, catered the crew, and got a costume for Teenage Caveman, all in one go.”

And you also had that Home Economics Story short here.

Not the most outlandish short in the series’s run, but still some entertaining stuff. Love the riff where Joel calls Iowa State College “the high school AFTER high school.” 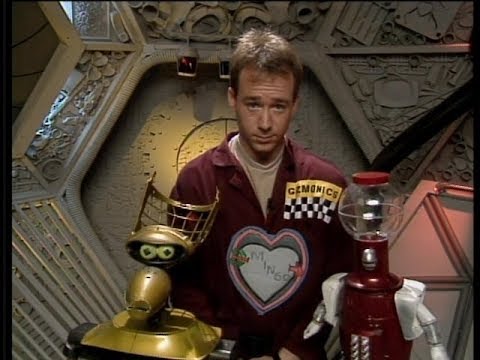 Home Economics Story is a short that’s pretty special to me, since it was made in my home state!

Viking Women and the Sea Serpent is a good, reliable episode. But there’s a moment that’s one of my personal favorites.

Eventually, Joel finally points it out and I gave a triumphant “YES! Finally! Thank you!” 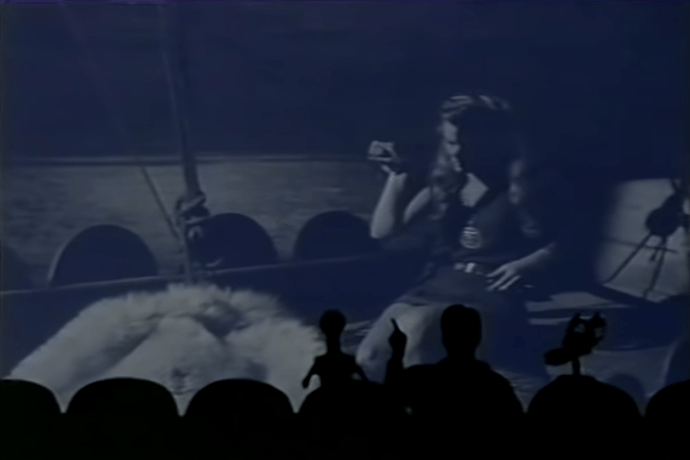 It should also be mentioned that the actual title of this movie is The Saga of the Viking Women and Their Voyage to the Waters of the Great Sea Serpent. It’s seriously like they were trying to copy the title format of Elizabethan plays.

I usually love the Corman movies but for some reason this just doesn’t move me. I do love the host segments in this one though. Probably as funny as any in season three.

It is and I included it in the note at the bottom of the intro. I wasn’t sure the entire name would fit in the title.

The full title is quite a mouthful, isn’t it? But since this is an early Corman film, that means there’s plenty of room for a short first. While the narrator states that this one is for the girls to watch, it thankfully isn’t Molly Grows Up. Instead the girls thinking of going to college are encouraged to consider a Home Economics major. In our Oh So Enlightened Times, it’s easy to dismiss it as brazen conditioning for a life of household drudgery. Perhaps. Though it can also be argued that the HE courses have more practical applications than some of the college majors that have cropped up since this was released in 1951.

The main feature concerns a Viking tribe whose menfolk went on an expedition three years ago and still aren’t back. Technically there’s still one guy named Ottar who was left behind. It’s not all that clear whether he’s 4-F or was too young to go along or something else. Anyway, the miniskirt-sporting Vikings ladies (I’m not really sold on the authenticity of those costumes) resolve to find out what became of them. Eventually they run afoul of the above-mentioned sea serpent, rendered as a glorified sock puppet that immensely pales in comparison to the image on the movie poster. According to Corman’s autobiography, it was the result of a new special effects team that talked big but were unable to deliver and the result is something he’s not terribly proud of.

Anyway, they wash ashore in the territory of the Grimaults, who might be Slavs or Mongols or something. It’s hard to be sure. Of particular note is the ruler’s whiny effeminate heir. You get the sense that his social status is the only thing standing between him and a series of wedgies and pantsings and other such demeaning treatments that jocks traditionally inflict on unathletic nerds. In an acceptable level of coincidence, the Viking men also washed ashore previously and are now slaving away in the Grimault mines. Eventually they manage to escape and the pursuing Grimaults themselves fall victim to the sea serpent, allowing them to go home to breed a new generation of Vikings.

As Corman films go, it’s fairly middle of the road. Though not as tiresome as Teenage Cave Man, it’s also less engaging than It Conquered the World. This is also an uncommon instance for the Joel era where the host segments have nothing to do with the feature or the short. At least I don’t recall any mention of waffles. In non-waffle matters, Dr. Forrester’s meat reanimator is equal parts hilarious and disturbing.