Words and phrases have changed meaning or implication over time. What movie line can be interpreted differently now? Please name the movie, character and/ or actor, and copyright year. The copyright is because of remakes and movies with the same title. I’ll start.

Kindergarten Cop (1990) Mr. Kimble (Arnold Schwarzenegger)
“Who is your daddy, and what does he do?”

Oh, gosh. Just look at any movie pre- feminist revolution for a variety of “you’re just a girl” or “a woman’s place is married, pregnant and in the home,” none of which fly today, IMO.

Exhibit A: any line involving a woman in Guys and Dolls. I used to like that musical, but geez, it’s uncomfortable at times.

Carousel has my favorite Richard Rodgers overture and some terrific songs, but I can’t watch it because of the following dialogue which I will link to but not post here because it’s glorifying domestic violence: First quote here.

Pretty much any movie that thought humanity would have its act together enough to be living in space by 2020.

"My dear girl, there are some things that just aren’t done, such as drinking Dom Perignon '53 above the temperature of 38 degrees Fahrenheit. That’s as bad as listening to The Beatles without earmuffs. " - James Bond, Goldfinger

OK, this was roundly mocked at the time.

That’s as bad as listening to The Beatles without earmuffs. "

Jerry Maguire is still a great movie but this one line REALLY dates it to the mid 90s. Who knew Fairweather Johnson would turn out to be THE standard for the sophomore jinx.

I guess we could debate all of Mel Brooks’ oeuvre. Heh.

I don’t know. Most of his work is ment to parody, and a lot of that can still work, especially in Brooks’ case, since his mockery doesn’t feel too purposefully malicious. I just recently re-watched Blazing Saddles, and was actually really worried about how it’d be after not seeing it for so long, but it’s held up remarkably well. Of course, it helps that the purpose of that film was to spotlight the issues of that genre by highlighting the ofensive issues and then mocking said offensive issues relentlessly. Yet even when they do, it never feels too mean spirited (even towards those who undoubtedly deserve it).

Yet even when they do, it never feels too mean spirited (even towards those who undoubtedly deserve it).

We have a saying about Brooks around here: You want to laugh. He wants to make you laugh. It doesn’t have to be complicated.

IOW, I totally agree. And I think I mentioned that the showings of Blazing Saddles I’ve attended recently, they were all packed and not a single pearl was clutched.

I’ll give you their Sgt Pepper phase. Even some of the other songs. Not all of them. Also not all fans are Boomers.

Beatles fans are all ages. Case in point. I was in a Barnes & Noble years ago (ten, maybe fifteen?). Anyway, it was the end of January so all of their calendars were in a bin for a couple of bucks. Two girls and their mother were digging through the pile looking for treasures when one of the girls, who couldn’t have been more than ten, came up with a Beatles calendar. She was flipping through it, turned to her sister and said “Oh, my Ringo!” and clutched the calender to her chest.

Yep. Fifty years on, those boys still got it!

There’s an interview about the racial part of the movie. It was assumed that it would offend people. Brooks told them to actually ask if they are offended. Those who were asked said no because they used it properly. Not really brought up but there are jokes made at the expense of Jews, Germans, Asians, gays, and other demographics.
Another issue they had was the scene where they are eating beans. Well they ate beans and drank black coffee. Coffee is a natural diuretic. So it is a comedic portrayal of actual history.

If it wasn’t for George Harrison we wouldn’t have one of my favorite Monty Python movies. Life of Brian and The Holy Grail are my favorite Python films.

Kindergarten Cop (1990) Mr. Kimble (Arnold Schwarzenegger)
“Who is your daddy, and what does he do?”

I would argue that line aged just fine. He is asking a kindergartener about their father.

I’m going to assume you’re under 12. Okay when 2 people love each other they can get randy. They use names in a completely different context than usual. Daddy, Papi, Momma, Mama, Mamacita are not referring to one’s parents. Sometimes these are used in a tame manner, but sometimes they have a sexual connotation. This is where I’m going to refer you to the movie Good Boys. Okay, welcome back. FYI they misunderstood some of the words they used, so ask your parents. People like that one boy’s parents who need a lock on their door are the type who would use “daddy” in a sexual context. Therefore if someone asked that boy’s mother “Who is your daddy, and what does he do” the real question is, “Is your husband home, and what kind of freak do you like in the sheets?” Hopefully I managed to explain this PG.

My wife HATES Carousel for that very reason. She also refers to Seven Brides for Seven Brothers as “the rape musical.” But we both are fans of Cabaret, and refer to that as “The Singing Nazis Musical” (although I guess you could put Sound of Music and The Producers in that category as well).

Run for Your Life is one that immediately comes to mind. Even John himself regretted it.

Or many other classic British movies from his company. Only one that disappointed him was Shanghai Surprise and he had a terrible experience with Madonna. 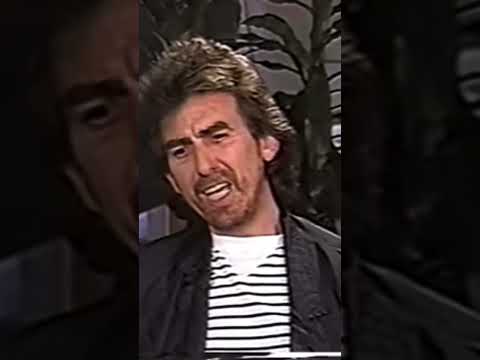 GEORGE SAYS WORKING WITH MADONNA WAS A PAIN IN THE A@%! #shorts