🦃 Today's Turkey Day Vote is LIVE 🦃 WARRIOR OF THE LOST WORLD revs its engines against TRACK OF THE MOON BEAST!

But watching it the day after is always an option. I mean, Black Friday is already bleak and depressing. Watching a blurry glow-in-the-dark rubber action figure do The Frug might actually cheer me up then.

Lost World isn’t in just yet, it has to battle another in another round… at least that’s the way it was last year (The Brain That Would Die had to beat Clonus and Touch of Satan to qualify)

So that’s two that have never been featured on T-Day to be eliminated. I’d kind of like an “All New to Turkey Day” marathon one day, that’d be special.

In celebration of the true winner, acknowledged superior episode, and statistically proven as the preferred choice … enjoy a video of the real star of Warrior of the Lost World.

Suit yourself, I guess. I’m just trying to do a job here.

I want to thank everybody who voted for me (this time around cough, KIDDING) and I’ll do my best to make your human “Thanksgiving” a little brighter. Wheels up!

You were the movie’s best character.

Well, we apparently can’t have that because there are no more worthwhile episodes of the show to feature on Turkey Day. And voting for an episode because it has never been featured and you want to see it in the spotlight is the “wrong” thing to do. Just keep voting for the more popular episodes that are already guaranteed to win. Don’t wanna have that one guy give another lecture.

It just occurred to me that the real problem here is that having 24-30 straight hours of Turkey isn’t a thing anymore.

Solution: program in your own turkey nightcaps once the official version is over! [clinks glass] As few or as many as you like! [uncouth glugging noises]

I’m only half in jest. We could marathon/watch-a-long all the also-rans after the official day is over, if we so chose. I don’t know if I could do the whole thing, but I’d at least peek in to offer moral support.

Honestly. I wasn’t alive in the 90’s. So, I didn’t get to experience the original Turkey Day marathons, but they sound so fun! You have a much wider variety of episodes, and you can pop in any time during the day and expect something different.

I put together my own custom Turkey Day line up a while back. You guys can take some suggestions from this if you want. 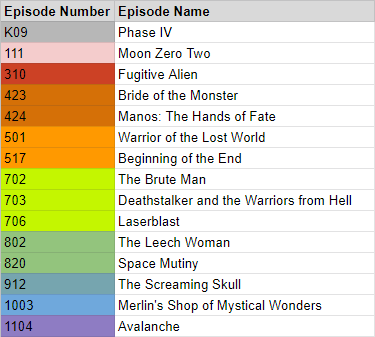 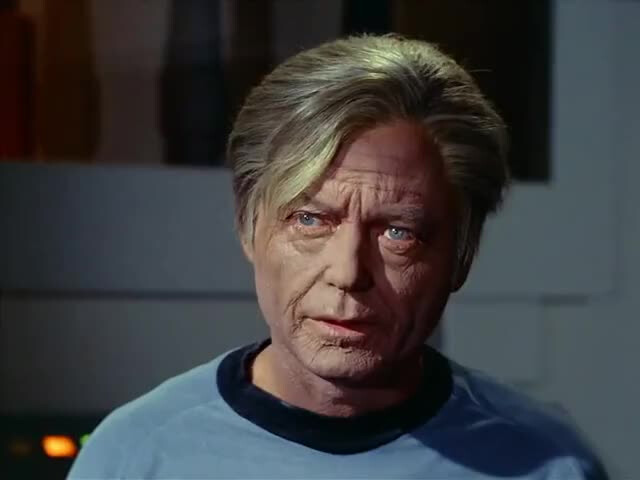 If we want to all watch here, we’re limited to episodes that the Gizmoplex can air. Apart from that, though…

Maybe we superfans could pick a couple episodes to watch at the Gizmoplex after Turkey Day, to keep it going for a while longer.

Good thing is most of the episodes on that list should be available on the Gizmoplex. I believe the only two not on there are Phase IV (for obvious reasons) and The Leech Woman, which is such a shame because I love that episode so much. But we definitely got a lot of options for a potential Turkey Day after party.