SPOILER DISCUSSION: Episode 1313, The Christmas Dragon. (PLEASE NOTE: This thread is NOT the Open Thread Discussion for tonight’s livestream) 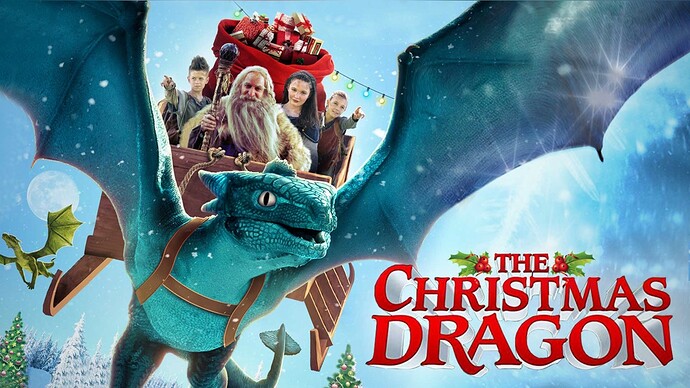 IF YOU HAVEN’T SEEN THE EPISODE, TURN BACK NOW!

Here is your discussion thread for spoiler-filled thoughts, discussions, and observations on The Christmas Dragon!

This is your destination for discussing anything and everything about MST3K episode 1313: the host segments, the theater segments, the memorable quotes, the hilarious riffs, the feature presentation, all of it!

Remember: this is a spoiler discussion thread of the season finale, so all points of discussion will not be spoiler-blurred. One more time: if you haven’t seen the episode, you’ll want to turn back now!

Even though this film isn’t about the Arbor Day Dragon, let’s go!

I’m working tonight and won’t be able to watch the stream, so I went straight to work on my review as soon as the episode went up. Just posted it, but spoilers are within, so tread with caution. 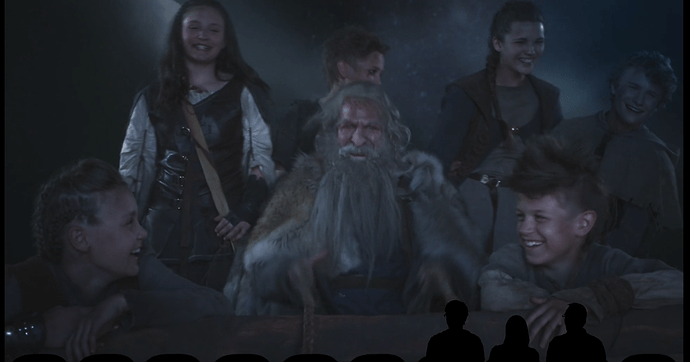 The Christmas dragon isn’t this the one where the Earth freezes and that old bat wants a sampo?

I was most excited about the two specifically Philadelphia references in this one.

It was so great seeing Joel, Jonah and Emily riffing together!! " Oh man guys look they sleighed the dragon! Oh come on Emily!"

Wow. Now that’s what I call a cliffhanger. If Pearl ever does something STUPID to the timeline, this means elements from the Netflix seasons onward (the Boneheads, Pearl’s 2 clones, the Kingadome, smol GPC, and even Growler and Waverly) will be erased.

This was such a fun episode, but my favorite exchange was definitely this:

Nice loving tribute to Mike. I really hope we get a downloadable track of them singing Mike’s theme song.

I know this is a SUPER nitpick, but I really, really wish that when they left the theater at the end, they gave the movie just another moment or two so we actually got to see the title , “The Christmas Dragon” onscreen.

Eh, I wouldn’t worry about it too much. This show runs on Rule of Funny.

I was glad to see the redemption of Growler and Waverly. Could a trip back to the SOL be in the cards?

was most excited about the two specifically Philadelphia references in this one.

I caught the Longwood Gardens one, I must have missed the other.

For a movie called The Christmas Dragon, there wasn’t a whole lot of dragon, though that’s probably a budget thing.

For a movie called The Christmas Dragon, there wasn’t a whole lot of dragon, though that’s probably a budget thing

There WAS significantly more dragon here than in The Sword and the Dragon.

Then forget I said anything.

I caught the Longwood Gardens one, I must have missed the other.

I think if memory serves there was a mention of Mummers. Maybe it was small m Mummers though

I think if memory serves there was a mention of Mummers. Maybe it was small m Mummers though

Yup! That’d be in The Loves of Hercules!

Moral of the stinger: Never find a dragon’s egg.

Not Philly-specific but there is a Dorney Park joke in there, too.

There are episodes this season where I laughed more during the theater bits. But the overall energy of the piece, the event-like quality makes it extra special. And the livestream with audience laughter pushed it up a notch.

The 3 hosts segment was my favorite part of the riffing, and Patton as Friar Nolte earns a -chefs kiss-

Not Philly-specific but there is a Dorney Park joke in there, too.

That is what I was thinking of. I mean, sure it’s not 5 county area, but if I can get WFMZ on my cable, I count it as Philly.

Plus when I was a paper boy for the Courier Times, that’s where they took us in lieu of actually making sure we got paid.